US$156
View deal
Expedia.comUS$216
Hotels.comUS$216
eDreamsUS$250
View all 18 deals
Prices are provided by our partners, and reflect nightly room rates, including all taxes and fees known to our partners. Please see our partners for more details.
Payments made by partners impact the order of prices displayed. Room types may vary.
StevieYNWA
Belfast, United Kingdom
2260

My wife and I stayed here pre river cruise and we found the hotel perfect in every way,from staff at reception and bar to restaurant and the excellent views of surrounding area.Interlaken is beautiful and the trip up to the Jungfrau is amazing.
The green at front of hotel is perfect for watching paragliders land from surrounding mountain tops. The area itself has some nice eating places and bars and shops.More

Thank you very much for your stunning review. We will forward your nice review to our staff.

We are glad that you enjoyed your stay in our Hotel and looking forward to welcome you here again.

Report response as inappropriateThank you. We appreciate your input.
This response is the subjective opinion of the management representative and not of TripAdvisor LLC
See all 780 reviews
Payments made by partners impact the order of prices displayed. Room types may vary.
Nearby Hotels 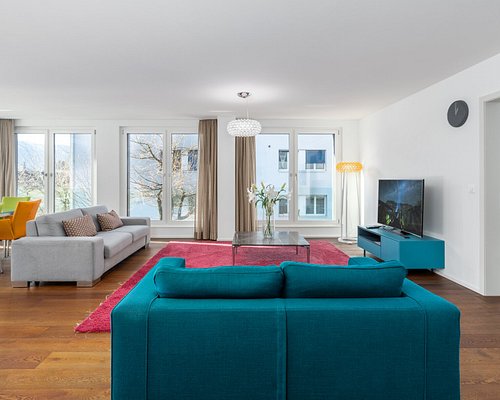 Top Rated
Breakfast included
Hotel Roessli
US$105
Booking.com
View deal
Free cancellation
Expedia.com
US$266
Hurb
US$97
Hotels.com
US$266
View all 16 deals from US$97
2,401 reviews
0.4 miles from Metropole Hotel Interlaken
We compared the lowest prices from 16 websites 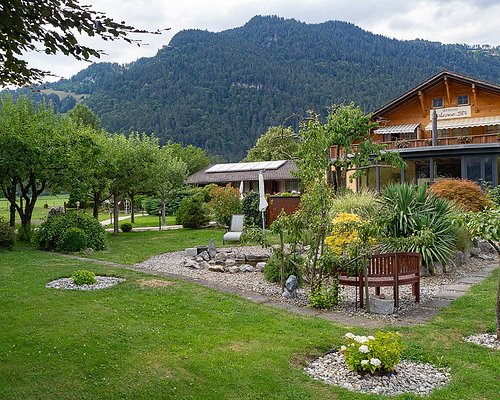 18th floor of this modern hotel has an outside seating area next to its restaurant. We love to visit for morning coffee. Stunning views & peaceful too.
Staff are friendly & speak most languages.
Facilities are clean.

Thank you very much for your positive feedback, which I will of course orward to the staff.

We hope to welcome you back with us on your next trip to Interlaken.

Report response as inappropriateThank you. We appreciate your input.
This response is the subjective opinion of the management representative and not of TripAdvisor LLC
NividM1
2352
Reviewed 25 June 2019
A remarkable Receptionist

I have visit this hotel for a few times. Actually the hotel room are quite old some of them need to renovate but it’s a very good on location. The most strength point of this hotel to make me impress is a receptionist name Ms. Diane Laurent. She make my day by her services beyond her ability. I found most important to make a guest who stay at hotel like their home must come from their staff and Diane is the one who made it

Thank you very much for your feedback, especially the one with your comment About our Ms. Laurent. With pleasure I will forward this to her. We think the softfacts are very important in a hotel.

With pleasure I can inform you that we did renovate already our restaurant Top o'Met on the 18th floor as well as the rooms on the 14th floor. Next winter we will go on with another two guest room floors. I would be very happy to show you around during your next stay with us.

Thank you for staying with us and we are looking forward to welcoming you for your next stay in Interlaken.

Report response as inappropriateThank you. We appreciate your input.
This response is the subjective opinion of the management representative and not of TripAdvisor LLC
pirkkob2018
2
Reviewed 22 June 2019
Lovely views, convenient location

We enjoyed our stay here
The room was large with fabulous views to the snow capped mountains. Breakfast and dinners were nice as was the panorama restaurant. Comfortable room, well appointed . Very convenient location

Review collected in partnership with this hotel
This business uses tools provided by Tripadvisor (or one of its official Review Collection Partners) to encourage and collect guest reviews, including this one.
Ask pirkkob2018 about Metropole Hotel Interlaken
Thank pirkkob2018

This review is the subjective opinion of a Tripadvisor member and not of TripAdvisor LLC.
Alison M
Glasgow, United Kingdom
2121
Reviewed 20 June 2019
Looks can be deceiving

The foyer and first floor of this hotel give an up-market impression. However, my room was pretty basic in comparison. The room itself had no wardrobe, just a hanging rail with only three hangers provided. I know I could have asked for more hangers but I shouldn’t have to in a hotel of this supposed calibre. Fortunately I had brought some hangers of my own. There was only one drawer, on the floor beneath the hanging rail, which looked as if it was meant for a spare blanket. There was a flat screen TV, but there was only ONE English language channel and that was CNN. (I don’t want to sit and watch soaps when I’m on holiday but I like to keep in touch with what’s happening in the UK.) There were plenty of other channels available in other languages, which makes me think the Metropole doesn’t really want English-speaking guests.

The shower room had very little shelf space, only the one above the wash basin. There was nowhere to put a toilet bag, hair brushes, make up etc.

There was no full length mirror at all, just the one above the wash basin. No way of checking one’s overall appearance.

There were some good points – the shower was excellent, toiletries were replenished frequently, towels were changed every day although I didn’t ask for this.

Another point, which is probably outwith the jurisdiction of the Metropole, the hotel next door has a pianist who plays in the front garden of that hotel, on occasions up till 11.00 o’clock at night, audible even with the balcony doors shut!

Room tip: This is difficult, all rooms face the Jungfrau so there is street noise and also the noise of the piano in the next door hotel garden.
Ask Alison M about Metropole Hotel Interlaken
Thank Alison M

This review is the subjective opinion of a Tripadvisor member and not of TripAdvisor LLC.
Discover25637894437
Singapore, Singapore
1
Reviewed 20 June 2019
Bad experience e

The hotel is really very badly maintained. Room is not clear and it smells. The room has a nice view but unfortunately the poor maintenance of the room ruins it all. The bed and pillow are very uncomfortable.

Review collected in partnership with this hotel
This business uses tools provided by Tripadvisor (or one of its official Review Collection Partners) to encourage and collect guest reviews, including this one.
Ask Discover25637894437 about Metropole Hotel Interlaken
Thank Discover25637894437