US$110
View deal
Hotels.comUS$119
eDreamsUS$129
TravelocityUS$119
View all 13 deals
Prices are provided by our partners, and reflect nightly room rates, including all taxes and fees known to our partners. Please see our partners for more details.
Payments made by partners impact the order of prices displayed. Room types may vary.
66GG66
North Wales, United Kingdom
9650

Used as a base for the city, stayed in a quad room which was warm and comfortable with a private bathroom.
On the outskirts of the city but we were able to walk in and out each day. Breakfast was basic but plenty of it.

Trip type: Travelled with family
See all 921 reviews
Payments made by partners impact the order of prices displayed. Room types may vary.
Nearby Hotels 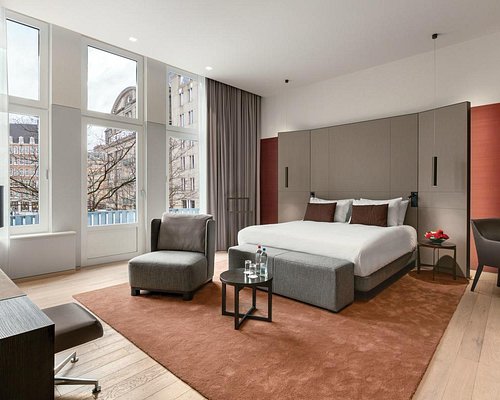 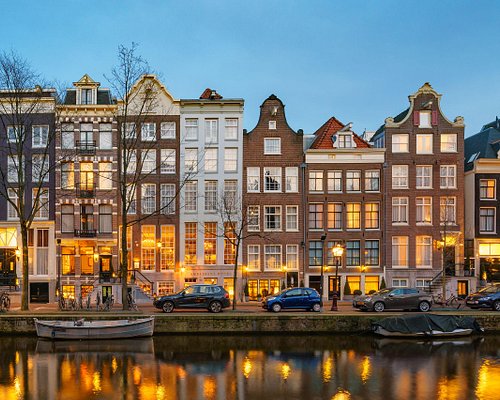 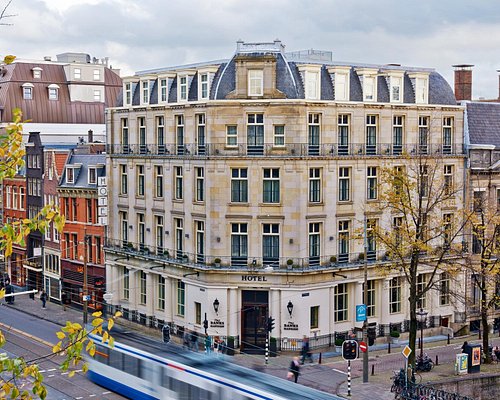 Taking safety measures
We compared the lowest prices from 16 websites
The Hoxton, Amsterdam
US$240

Expedia.com
View deal
Free cancellation
Pay up to 12X
Booking.com
US$195
Destinia.com
US$159
Priceline
View all 18 deals from US$159
7,347 reviews
2.1 miles from Hotel City Garden Amsterdam

My brother and I stayed here for 4 nights in early April. We were taken by the good location of the hotel.

Unfortunately upon arriving I realised the hotel is disappointing. We entered into a very dark and drab reception. The person at the counter was very blunt and unfriendly. We shrugged it off, excited to go to our room. Upon arriving in our room we realised that unfortunately the modern, clean looking room on the website appeared to have been somewhat exaggerated. The cleaning was lazy, there was dust on most surfaces, some gum still in the pop up bin (the lid of which was stuck open anyway), there was a hair in my bed and just in general, wasn’t overly clean. I’m not one to complain but a lot of these were very basic things and I’m disappointed that we paid a lot of money to stay there when they couldn’t even be bothered to dust properly. There was a small tiled step to the bathroom which was not made clear with any kind of hazard tape and instead was very hard to see. I hurt my foot on it discovering it was there. We did not bother eating breakfast at the hotel as we suspected that might be disappointing too. Upon checking out the person at the counter was equally as blunt and unfriendly. We asked to check out and they just said ‘what’s the name? ... okay you’re checked out’ in a very monotone voice without looking at us. Again not the end of the world but some customer service wouldn’t go amiss (a smile.. eye contact..... anything?).

The only really good thing I have to say is that the location is decent. You’re very close to vondelpark and there’s some nice shops near by.

This review is the subjective opinion of a Tripadvisor member and not of TripAdvisor LLC.
steven w
41
Reviewed 4 April 2019
Disappointing.

We stayed 3 nights late march 2019. The Pros: great location for museums, trams, and restaurants, quiet side street, next to the park. Hotel clean, staff pleasant, breakfast room and buffet were very nice. The Cons: There's not supposed to be smoking in the hotel but there was definitely cigarette and weed smoke in the lobby and hallways. Voices are loud in the hallways and nearby rooms even late. Our first room was clean, bed comfortable, but when we tried to use the shower the mixing valves didn't operate properly - the water temp would fluctuate from ice cold to scalding hot within seconds. My wife could not get hot water at all. We told reception, and he sent a technician up pretty quickly, but we were trying to get ourselves together to leave for an appointment and didn't want to be delayed, and suggested they come back after 10am. Coming back to the hotel at 3:30 pm, no one had been back to look at the shower despite having had over 5 hours to address the issue. We were told they would be up "before they left for the day". The tech guys came about an hour later, spent 15 minutes fussing with the valves and determined they could not be repaired and they would suggest to their supervisor that we be given a different room. After an hour (now about 5pm) we hadn't heard from reception, so went down to ask if they had heard from the tech's supervisor. He had not, and furthermore we were told the hotel was fully booked and there were no empty rooms, but he would see what he could do. About 1/2 hour later the reception guy comes up and says we could move to the room next door to ours, and could stay in our original room for the night and move in the morning, or move immediately. We looked at the new room, and were surprised to see that it contained 4 single beds. We moved over in the morning. When we came back to the hotel after dinner the next day about 8:30, we heard loud stomping. jumping, bumping noises from the room above that was continuous for hours. This finally subsided about midnight, but started again at 3am. Continuous stomping, jumping. I went down to reception to complain -guy said he would investigate, and he must have intervened as the noise eventually did stop soon thererafter. It's a shame, as the place has a lot going for it, but too many cons for us to book here again.

This review is the subjective opinion of a Tripadvisor member and not of TripAdvisor LLC.
Anastasia T
Moscow, Russia
3539
Reviewed 21 March 2019
Good value for money

We are a married couple and stayed at Hotel City Garden Amsterdam for 3 nights in March 2019.

The main reason why we chose this hotel is that it’s ideally located next to one of the entrances of Vondelpark and within a 5-minute walk from Museumplein.

There’s a lift though we did not use it. Guests can use tea and coffee facilities in the lobby as well as in the room.

Rooms are expectedly not large, but clean and comfortable and quite enough for a short stay. It’s warm enough, the heating was ok, there was also an additional blanket.

In general, the staff was helpful and nice, the service was good and we would definitely come back once we travel to Amsterdam again.

This review is the subjective opinion of a Tripadvisor member and not of TripAdvisor LLC.
BDavis1236
Westland, Michigan
490205
Reviewed 25 February 2019
Great Location

A nicely comfortable hotel, in a great location. We had two rooms, one had a small fridge, the other did not, which was a bother. That said, we hung drinks in a bag outside our window and it worked nicely. The location really could not be better...a few steps from the museums, shopping, an Albert Heijn, and a number of fine restaurants in the area. Also, just a short walk down the dead end street to an entrance to the Vondelpark. I will say, many staff members seemed to be apathetic, but they would get the job done. Elevator is very bouncy...it scared some people new to it while we were all on it together! But does okay. I would not hesitate to stay here again.

Room tip: Rooms to the back have a better view
Ask BDavis1236 about Hotel City Garden Amsterdam
1  Thank BDavis1236

This review is the subjective opinion of a Tripadvisor member and not of TripAdvisor LLC.
Explore602590
United Kingdom
6
Reviewed 12 February 2019 via mobile
City Break

Lovely little hotel set on a quiet side street steps away from Vondelpark and no more then 10 mins walk to the Rijksmuseum and Moco Museum and the city of Amsterdam thereafter.
Great stay with clean and lovely spacious rooms and a good sized bathroom with soap dispensers. House service was great and even left us a welcome plate of fruit - which was a nice touch. Coffee/tea making facilities in the room were perfect for a lovely cuppa at the end of a chilly day aswell as a nice coffee machine in the foyer available to guests anytime. Our stay was perfect from arrival with warm greetings and helpful staff which offered us a hot drink and allowed us to store our luggage til our room was ready as we arrived quite early which was perfect for kickstarting our exploration of the city! Does not need to be said that Amsterdam is awesome with so much to do and see...Anne Frank House/Museum is a must. Loved my stay here and would recommend it to anyone wanting a nice clean quiet place as a base to explore the city.