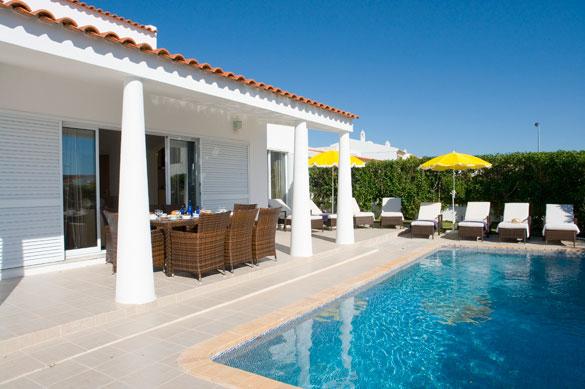 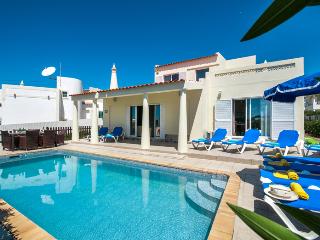 Very good - based on 44 reviews
Write a Review

We booked our holiday through Jim at columbia group, He was absolutly amazing with my concerns over booking with a company i really knew nothing about. He also helped me on the run up to the holiday with any question i had as there was a group of 10 of us.
The villa was lovely, modern and so clean. Everyone loved it, the resort and villa had everything we needed and jim was fantastic i can't rave about him enough!
Will definatly be using him for my next holiday and will probably be going back to the same villa loved it that much.

Date of stay: June 2016
Liked best: location and how clean it was
Liked least: pool was a bit shaded
Travelling group: Friends
Would you recommend this hotel to a friend?   Yes.
Recommended for:
Was this review helpful? Yes
This review is the subjective opinion of a TripAdvisor member and not of TripAdvisor LLC
Problem with this review? Thank you. We appreciate your input.

Having seen the last review when we booked we questioned the security of the villa but was assured that measures were in place. This was true as the alarm went off when we returned from a day out and although we thought we had disarmed it, we hadn't done it properly and within minutes someone turned up to check the villa which was reassuring.

We stayed here for a family holiday (8 adults) and it was well equipped and spacious. Well worth paying extra for the pool to be heated.

The only negative was the shower rooms are small and quite dark.

The villa is close to the beach which was very clean with sun beds and a beach bar. Also a few restaurants and bars nearby as well as a mini market. There is a well stocked supermarket about 20 minutes walk and there are taxis to bring you back with your shopping.

Date of stay: May 2016
Was this review helpful? Yes
This review is the subjective opinion of a TripAdvisor member and not of TripAdvisor LLC
Problem with this review? Thank you. We appreciate your input.

For the sake of your health and wealth, I would strongly advise you not to go to this villa. I have learnt this the hard way as myself and 4 other guys recently stayed at the villa and were robbed on the first night !
The villa description mentioned an alarm, but conveniently didn’t mention that it didn’t work. Never mind, we thought, there’s a safe we can use and there’s metal shutters and double glazing so we should be okay.
How wrong we were! On our first night there, the safe was naturally loaded with most of our cash. We went out at 7.30pm and returned just over 4 hours later to find the villa had been burgled.
It wasn’t an opportunistic burglary as the burglars knew how to shut the electricity off using a box on the outside of the villa, and they must also have brought some bolt cutters for the shutters, a crow bar for the double glazing and a cordless drill for the safe. Indeed we have our suspicions that it must have been an inside job because they struck on the first night and knew exactly what tools were needed, and they went straight to the cupboard where the safe was located and didn’t even open any of the other doors they passed.
Luckily they only took the cash and left the passports but the cash amounted to almost 3,000 euros. I suppose it’s also lucky that no one had decided to stay in because who knows what harm might have come to them by the “professional” burglars.
So not only was our first night ruined but we then had to spend over 4hours the next day at the Police Station waiting for them to type up the reports so that we could claim some of our money back from the Insurance companies.
On top of that the rest of our holiday was spoilt as we didn’t know what to expect each time we got back in after our evening meals. Would they come back for the iPads and tablets they left behind the first time? Luckily they didn’t but we were all on edge for the remaining six nights.
I contacted Jim at Colombia Estates, who had rented us the villa, to ask if they had insurance which covered the cash shortfall in our own policies, but I was just “brushed off” with a standard “hard luck” reply.
So to recap, I would not recommend this villa, or any other villas owned by this company, as their customer care service is deplorable.
The villa itself wasn’t too bad although we did have to pay for the code for the wi-fi when we were under the impression the wi-fi was free. The pool was nice and cool too, and that was free !
By the way, it is just a single gate to access the property that anybody can walk through and the curtains don’t pull together fully in the lounge so it is easy to see whether anyone is in the villa or not. I have photographic evidence of this if anybody is interested.

Date of stay: June 2015
Liked best: the pool
Liked least: the alarm not working
Travelling group: Friends
Your age range 50-64
Would you recommend this hotel to a friend?   No.
Was this review helpful? Yes
This review is the subjective opinion of a TripAdvisor member and not of TripAdvisor LLC
Problem with this review? Thank you. We appreciate your input.

Just got back from a great holiday at Villa Sete Albufeira.10 of us went to celebrate birthday's.The villa was great,spacious and clean.Just a couple of down sides which was the showers could do with updating and security doors looking at.But all in all great villa,close to shops and beach.Worth getting a taxi to lidl and the big local supermarket only costs about 5euro, lots of choice.Miguel who greets you when you get there is a lovely guy and will do anything to help.

Date of stay: June 2015
Would you recommend this hotel to a friend?   Yes.
Was this review helpful? Yes
This review is the subjective opinion of a TripAdvisor member and not of TripAdvisor LLC
Problem with this review? Thank you. We appreciate your input.

Fantastic location and villa 5/10 minutes walk from everything u could need. Miguel was brilliant and couldn't do enough for you during the stay. I would recommend this villa it would definetley be somewhere I would stay again!

Date of stay: May 2015
Travelling group: Friends
Your age range 25-34
Would you recommend this hotel to a friend?   Yes.
Was this review helpful? Yes
This review is the subjective opinion of a TripAdvisor member and not of TripAdvisor LLC
Problem with this review? Thank you. We appreciate your input.

3 helpful votes
“Great location and perfect for a weekend break with the girls!”
Reviewed 17 October 2014 for a stay in October 2014

Highly recommend Villa Seta. Everything you could need for a short break away. Don't expect luxury but perfect for a break with the girls!

Date of stay: October 2014
Would you recommend this hotel to a friend?   Yes.
Was this review helpful? Yes
This review is the subjective opinion of a TripAdvisor member and not of TripAdvisor LLC
Problem with this review? Thank you. We appreciate your input.

I recently stayed here on a stag do and it was brilliant. Firstly the villa it self was very nice with a outside seating area and pool. Also it had a good size living room, dining room and kitchen. With the majority of the rooms being ensuit there were plenty of bathrooms!

It was 2 minutes from the beach and 10 minutes from the strip so pretty much the ideal location for a stag do. But due to its quieter street and being in a cul de sac it would be perfect for families too!

Add in the helpfulness of everyone involved with the villa and free wifi, you can't go wrong!

Date of stay: September 2014
Would you recommend this hotel to a friend?   Yes.
Was this review helpful? Yes
This review is the subjective opinion of a TripAdvisor member and not of TripAdvisor LLC
Problem with this review? Thank you. We appreciate your input.
Previous Next
1 2 3 4 5 6 7
Updating list...
Still can't find what you're looking for?

Looking for a place to stay in Albufeira?
View all 1,927 holiday rentals