This was our second trip to the hotel and was just as impressed as last time.the food at the hotel was wonderful and all the restaurant staff were always friendly and helpful.The room was immaculate with a lovely view over the large swimming pool and sea (422) sunny most of the day on balcony.The hop-on-hop - off bus was very handy indeed as stop outside hotel.We have also stayed in the Vidamar in Madeira which was also very nice.
We will return to both hotels in the near future-best hotel in the area and would recommend anyone looking to book a holiday in the Algarve.

Alfagar Aparthotel
US$42
Booking.com
View Deal
Free cancellation
Reserve now, pay at stay
Agoda.com
US$34
Hotels.com
US$42
Expedia.com
US$42
View all 13 deals from US$34
1,378 reviews
6.4 miles from VidaMar Resort Hotel Algarve
We compared the lowest prices from 13 websites 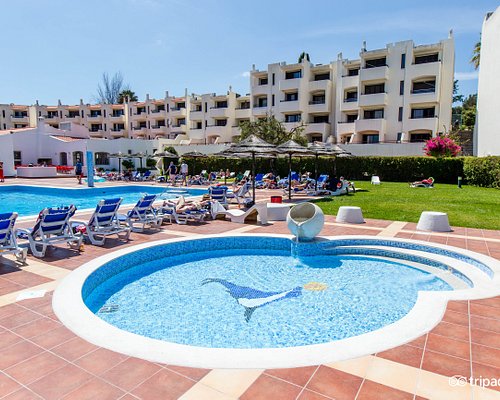 Breakfast included
Albufeira Jardim - Apartamentos Turisticos
US$24
Booking.com
View Deal
Agoda.com
US$24
Trip.com
US$15
FindHotel
US$33
View all 11 deals from US$15
1,319 reviews
3.6 miles from VidaMar Resort Hotel Algarve
We compared the lowest prices from 11 websites 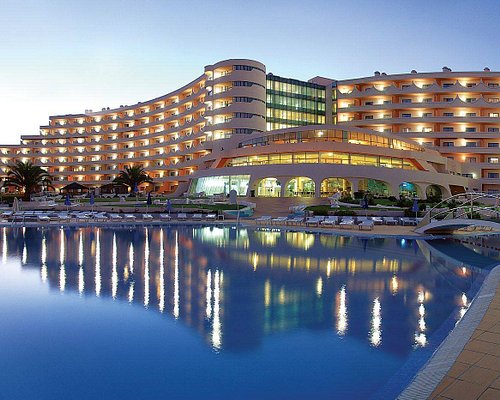 Room tip: Superb view from room overlooking pools. Sound-proof balcony doors meant that we could shut out any poolside noise, if there was any.
Ask Linda P about VidaMar Resort Hotel Algarve
1  Thank Linda P

This review is the subjective opinion of a TripAdvisor member and not of TripAdvisor LLC
laurenb264
Bishops Tachbrook, United Kingdom
5157
Reviewed 18 October 2015
Blown away again !!!

This was our second Vidamar experience as previously stayed at Vidamar in Madeira and was equally impressed. The same high standards, the staff equally efficient and friendly. The room was immaculate with a view over swimming pool, palm trees and the sea. The difference with the Algarve Vidamar is the beach location. The beach is accessed by a specially constructed walkway which made going to the beach an easy and pleasurable short walk. The food at the hotel was amazing. The variety and quality of the food was excellent and it was a daily pleasure eating in the hotels Ocean restaurant. During our stay we were totally unaware of the hustle and bustle that running an excellent hotel must take ensuring a relaxing restful holiday. We will without doubt return to this hotel and would recommend whole heartedly to anyone looking at an Algarve holiday.

This review is the subjective opinion of a TripAdvisor member and not of TripAdvisor LLC
Josie K
35
Reviewed 17 October 2015 via mobile
Recent trip and wedding function.

This is an amazing hotel, truly helpful staff and service and location. This hotel is the best we have stayed in and had the pleasure of dealing with, the pools are beautiful, the hotel so clean and the food is delicious. We will definitely be back and will be recommending this wonderful place to everyone.

This review is the subjective opinion of a TripAdvisor member and not of TripAdvisor LLC
SteveD336
Calgary, Canada
6346
Reviewed 15 October 2015 via mobile
Certainly not a five star hotel

We visited Oct 8-14, 2015. Hotel is rated as a 5 star but unsure as to where this rating came from. In terms of North American standards, this would be a 4 star. Rooms were large, bed comfortable but interior finish needs updating. Large stains on hall rugs, interior room walls had cracks. Pools closed at 7pm. Main pool not heated. My wife went swimming about 6 and had to argue with the towel attendant because he didn't want to give her a towel because it was after 5 even though pool was open until 7. Spa was closed by 8. Not much to do after that. We had half board while staying there. Dinners were good, breakfast was the same each day. They have rules about bringing outside food and drink into the hotel but who wants to pay 3,50€ for a litre of water. During dinner, tap water to drink was not available. Hotel is away from everything so if you are looking for nightlife, you will not find it here.

This review is the subjective opinion of a TripAdvisor member and not of TripAdvisor LLC
BrunoSwiss
Lausanne, Switzerland
3820
Reviewed 14 October 2015 via mobile
Not a 5 stars defintely... but a good 3*

Rooms are perfect
Service is good
Breakfast and dinner : too much variety and not the quality of a 5 stars
(For exemple eggs are industrial ones... strange to eat "plastic eggs" in a 5 stars... this us just an exemple...)

I strongly recommend this place for a family but not for couples that are looking for classy services.

Please also note that there is NO GOLF..... the golf is in another hotel : Salgados hôtel

Special thanks for Pierre' kindness (manager at the reception)