US$119
View Deal
Expedia.comUS$130
Hotels.comUS$130
eDreamsUS$146
View all 16 deals
Prices are provided by our partners, and reflect nightly room rates, including all taxes and fees known to our partners. Please see our partners for more details.
Payments made by partners impact the order of prices displayed. Room types may vary.
dselvan
Warrington, United Kingdom
674405

We are so glad we chose stay here for a short trip to Lisbon. Less than 9 Euros by taxi / Uber to and from the Airport. The hotel is perfect to explore Lisbon. You are walking distance to the tram, bus or metro stations or you can just walk to most places to Lisbon.
The rooms are not modern but have been done up quite nicely. The bathroom in our room was showing its age, however everything was clean and it all worked fine.
The breakfast could potentially be improved since it got a little bit same after 3 days but it was perfectly adequate.
The complimentary tea, coffee, water, port and snacks in the lounge is a fantastic idea and works well after a busy day of work or sightseeing.
The staff were all really good and the front desk spoke excellent English and were extremely helpful.
Thoroughly recommend this place!!!More

Show less
Room tip: Higher floor facing away from the front of the hotel
See all 1,976 reviews
Payments made by partners impact the order of prices displayed. Room types may vary.
Nearby Hotels 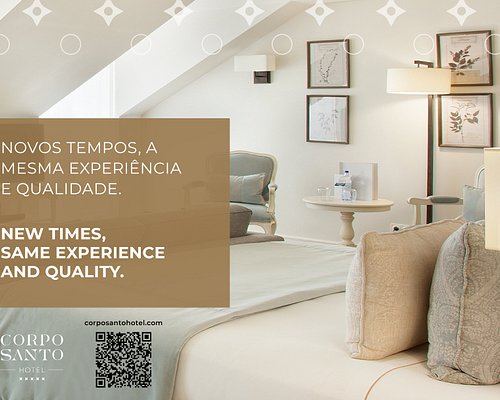 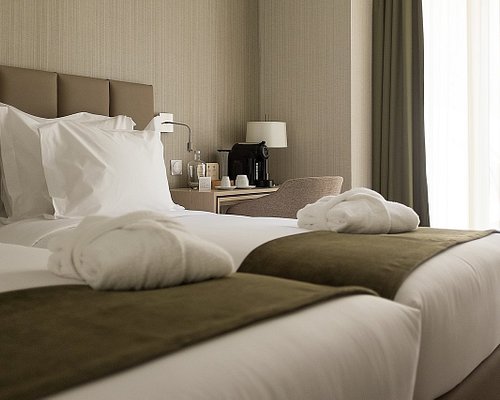 The Leaf Boutique Hotel
US$88
Booking.com
View Deal
Free cancellation
Reserve now, pay at stay
Expedia.com
US$67
Hurb
US$65
Hotels.com
US$67
View all 10 deals from US$65
6 reviews
0.7 miles from Heritage Avenida Liberdade, a Lisbon Heritage Collection

Taking safety measures
We compared the lowest prices from 10 websites 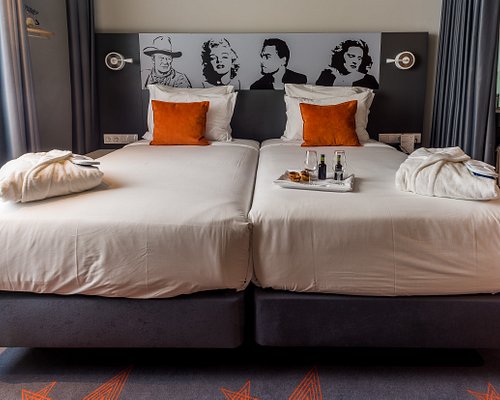 An excellent base from which to explore Lisbon and Sintra over a long weekend. The room was large and clean with a big comfy bed!
Breakfast is served in an area which doubles as a lounge with a bar, so eating whilst sittting on lounge chairs isn't very comfortable. The hotel had a small pool but it was very hot in the basement room so we didn't use it.
The complimentary drinks, biscuits and pastries were a welcome sight after a days sight seeing. As were the nightcaps at the end of the evening.
The staff at this hotel are superb, we asked a few questions about where to find things and were provided with useful information and maps!
An excellent hotel where I'd definitely stay again.

This review is the subjective opinion of a TripAdvisor member and not of TripAdvisor LLC
Ann S
Brisbane, Australia
2225
Reviewed 23 July 2019
A lovely place to stay

We based ourselves at this hotel for five nights. It was central to many things in Lisbon. We mainly walked everywhere, but cabs, tuk tuks, buses and one of the train lines were easily accessible. The service was fantastic, the rooms were big with lovely bathrooms, and the little things like complementary Portuguese tarts and biscuits, tea and coffee always available. We chose to have the breakfast each morning and had drinks in the bar on a couple of occasions. A wonderful place to stay in Lisbon! We even had a balcony.

I booked this hotel as a package along with flights through Easy Jet. I booked a superior room with breakfast for seven nights. On arrival we were lucky enough to be upgraded to a corner Heritage room on the fifth floor, which had pleasant views from both sides. The room had everything you needed for a comfortable stay including very efficient air conditioning, a mini bar and a free safe. The television had about half a dozen English speaking channels including BBC World Service, BBC Entertainment, CNN and two Fox channels, one showing movies.. There was also a DVD player with complimentary films available from reception. The only problem with the TV was that it was housed in a large wooden cabinet facing the bed (see photo) and the only way to watch it was to lay, or sit on the bed; this in no way spoilt our stay. There is a choice of pillows and if you want a firmer or softer matttress you can ask at reception. The bathroom was large with both a bath and a shower and was well stocked with very nice Molton Brown toiletries. There was plenty of wardrobe and storage space and dressing gowns, slippers, hair dryer and even an umbrella was supplied; however, there was no kettle in the room.

Breakfast was served from 7.30 until 12 and had plenty of choice including hot options. If you wish to have something not on the buffet you can ask one of the friendly staff. Free tea, coffee, port, cakes and biscuits were available all day, twenty four hours a day. There is a small jet pool and gym in the basement; WIFI is available all through the Hotel. There is also a small library with two computers and printers available for general use.

There are many places to eat in the in the vicinity of the hotel and a top tip is is to book a table through Trip Advisor/The Fork where on some restaurants you can get thirty percent discount on your bill if you order from the ala carte menu. I would recommend the restaurant Quermesse, on Rua Da Gloria, which is about a ten minute walk from the hotel and a restaurant called Tasca do Jasmin on Rua dos Franqueros, further away, down town, but well worth the walk.

In summary we enjoyed our stay in this excellent, clean quiet hotel and a special thanks to all the friendly, helpful and efficient staff who helped to make our stay so enjoyable.

Clearly a five star hotel as advertised. Nice location within walking distance of Alfama but off a side street to avoid too much noise. Staff was extremely well-mannered and willing to go the extra mile. The entire converted alchemy building had a lot of charm, including the downstairs breakfast space, the small study (more of a gimmick than useful amenity, however), and room, itself.

It was nice to finally have a (long and narrow) bathtub. The shower fixture felt dated with class, with an actual manual temperature gauge for the water which ended up quite a bit hotter than the visual setting. The tall ceilings and traditional wooden shutters were reminiscent of a Versailles apartment we used to frequent. Sound was well contained, including from our undersized TV screen pinned to the wall in front of the bed.

One issue with the room was the lighting. There simply wasn’t enough, and part of this stemmed from the dark orange lampshade decor. I really suggest Heritage Avenida Liberdale add better lighting especially if it tries to attract a more mature clientele.

Breakfast was the best we had in Portugal, with self-service Nespresso pods for making espresso, hot milk, an array of smoked salmon and tuna, different types of meat, croissants, yogurt, fruit, bread, etc. It held us over until mid to late afternoon.

We even had the opportunity to swim in the so-called jet pool which, although refreshing, wasn’t anywhere near the lap pool it was advertised to be. Even at a mild dog paddle, the single jet was no match for the power of Cherry Wonderdog’s stroke. Nevertheless, it was a nice bonus to have a pool to refresh even if it was in the basement rather than outside.

Kudos to the staff for treating us well. They greeted us with a bottle of cava for our anniversary, regularly opened the doors, took care of our luggage, taught us some basic Portuguese, and even reserved and arranged delivery of a rental car at a price lower than I could find on-line which would have required displacement. This was service.

Dear Guest,
Thank you for choosing our hotel for your stay and for your feedback.
We are happy to read that you enjoyed your stay and particularly our helpful staff, the charm of the renovation of our 18th century building and its privileged location at the exclusive Avenida Liberdade.
I would like to clarify that we are not a luxury hotel, but rather a more informal alternative where we try that our Guests feel good and relaxed. Our classification is four star and we want to keep it that way – less ostensive but more intimate and personal.
The feedback of our Guests is always welcome and it help us to offer stays more and more enjoyable.
Looking forward to welcoming you back to our lovely city.
Yours sincerely,
Diogo Laranjo
General Manager

Report response as inappropriateThank you. We appreciate your input.
This response is the subjective opinion of the management representative and not of TripAdvisor LLC
GABuckeye
St. Petersburg, Florida
119
Reviewed 17 July 2019
Lovely hotel in convenient location!

This was a very nice hotel in a clean, safe area in Lisbon. The rooms were well appointed and the air conditioning worked very well. Our rate came with a buffet breakfast, which most would find excellent, however, the bacon and scrambled eggs appeared undercooked, to my taste, everyday. A lot of meat and cheese options as well as fruit, yogurt and cold cereals. The package came with a museum package that was incredible if you like museums!!

The bar always had pitchers of water, port and hot tea along with several types of cookies was was nice to come back to after a long day!

Dear Guest,
Thank you for staying with us and for your feedback.
We are glad that you liked our hotel and enjoyed your stay with us.
Along the year we have many packages and promotions with different added values and we are very happy that you appreciated the museums of your package.
We encourage our Guests to ask our staff for anything they need or what can make their stay more enjoyable, as some details can be missed. We would have been most pleased to have cooked the eggs and the bacon to your taste (you can find this information in a sign on the buffet table).
It would be a pleasure for us to welcome you again on your next trip to our lovely city.
Best regards,
Diogo Laranjo
General Manager

Report response as inappropriateThank you. We appreciate your input.
This response is the subjective opinion of the management representative and not of TripAdvisor LLC
View more reviews
PreviousNext
1…101112…330