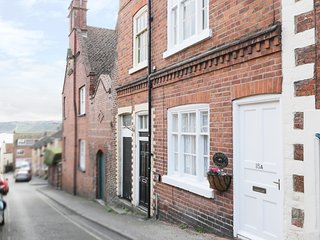 Average - based on 1 review
Write a Review

We booked this cottage last minute for three nights away, we were aware from the pictures to expect a small property and the owners were very accomodating in allowing us earlier access as no one had been in the property before us. Although the use of such a small space was nice and everything essential was provided there were also a number of issues. The property in a number of ways appeared to have not been cleaned, dirt and dust seemed to have just been swept under the sofas and rug/mat in the lounge, some of the cutlery wasn't clean, there was dog hair on the bed covers in the master bedroom. This in particular was concerning as we had our dog with us and it was clear dogs were not to be allowed upstairs so we were concerned we would be blamed, not least because it suggested the bed clothes may not have been changed. In addition to this one set of the towels in the second bedroom were not clean again suggesting some hadn't been changed. While I appreciate we booked last minute, when paying the same rate as any other guest you would expect to recieve the same standard of conditions as any other holiday renter. Although it wasn't too bad for a three day stay for three adults and a small dog it is unlikely somewhere to be returned to, will most likely be contacting the owners or Skykes cottages regarding the issues.

Date of stay: April 2018
Would you recommend this hotel to a friend?   No.
Was this review helpful? Yes
This review is the subjective opinion of a Tripadvisor member and not of TripAdvisor LLC.
Problem with this review? Thank you. We appreciate your input.
Updating list...
Do you own a holiday rental? List it here.

Looking for a place to stay in Scarborough?
View all 332 holiday rentals