This is an absolutely gorgeous property and we stayed there for one night on our whisky trail. The property is large and grand. The rooms and bathrooms are large and spacious. Breakfast and dinner were both amazing and the service was above and beyond. This place is a must stay on any tour.

See all 404 reviews
Payments made by partners impact the order of prices displayed. Room types may vary.
Nearby Hotels

The Angus Hotel
US$55
Booking.com
View Deal
Free cancellation
eDreams
US$55
Agoda.com
US$55
Tripadvisor
US$55
View all 12 deals from US$55
1,156 reviews
2.9 miles from Kinloch House 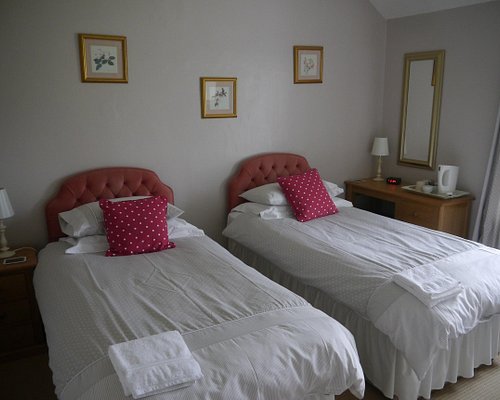 Hotels.com
View Deal
Free cancellation
Pay up to 12X
Expedia.com
US$124
CheapTickets
US$124
Travelocity
US$124
View all 9 deals from US$124
37 reviews
We compared the lowest prices from 9 websites 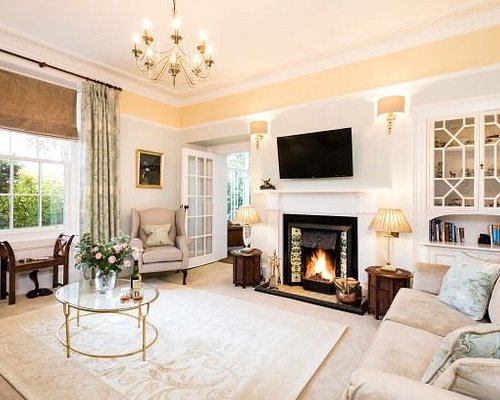 From the first meet and greet we felt comfortable and welcome. Host Graham was attentive to all our needs. The food was high quality but not over the top. The selection of whiskies seemed good. Attention to local produce and especially the strawberries from the farm 'across the road' deserve special mention. The garden and surrounds were great and our room at the end on the ground floor (highly recommended) was superb. Make sure while you are there you venture into Dunkeld - one of the nicest spots in this part of Scotland. Thanks to you all and our neighbours in the fields).

This review is the subjective opinion of a TripAdvisor member and not of TripAdvisor LLC
Sean K
Edinburgh, United Kingdom
4013
Reviewed 12 July 2016
Beautiful house with excellent service

We stayed at Kinloch House over Valentines weekend and had an amazing time. We had a junior suite, which was charming and very spacious. Chilling out in the lounges and walking in the grounds was exactly what we were looking for. The staff were very attentive and accommodated our dietary requirements with no fuss. The food was good, if a little overpriced and there were some nice wines available. We look forward to our return.

This review is the subjective opinion of a TripAdvisor member and not of TripAdvisor LLC
Clairecat84
Aberdeen, United Kingdom
1820
Reviewed 26 June 2016 via mobile
Very attentive staff - beautiful location

I had a great weekend here in a suite. Paul could not have been any more attentive, and all the other staff were very pleasant and never were we left waiting for anything. The public rooms were beautifully presented and the suite was nice, but a bit tired/dated; the four poster would have been much better as a king size, and not as flimsy. I would also have preferred to have had an actual shower in the bathroom, as opposed to a shower attachment on the taps; and the towel rail in the bathroom was scalding hot and could not be adjusted/switched off (it was 25 degrees outside and there was no need for the heating to be on).

The meals were absolutely beautiful, and Pauls alcohol measures were certainly proper house measures!!!! All in all, I had a lovely weekend and felt very well taken care of.

Lovely location and a charming building. The rooms are very pleasant and the public spaces most welcoming. The food is excellent with very attentive service. This is a great place for a relaxed escape from the city or to serve as a base for touring this part of Scotland.

This review is the subjective opinion of a TripAdvisor member and not of TripAdvisor LLC
Aline R
Thousand Oaks, California
7020
Reviewed 19 June 2016
The Amazing Kinloch House

This was a first stop on are 4 week trip to Scotland. There are only 6 rooms, so you know that you are getting first class service at this hotel. The food was fabulous, the room was exquisite.

The owners of the House were friendly, helpful, and there for your every need. It was a restful 3 days after a 10 hour flight from LAX. While we were there a couple celebrated their 60th wedding anniversary. The House has a lovely sun room that is used for guest to rest and read or for parties by locals.

It is truly a gem.