US$75
View deal
Hotels.comUS$124
PricelineUS$112
TravelocityUS$124
View all 19 deals
Prices are provided by our partners, and reflect nightly room rates, including all taxes and fees known to our partners. Please see our partners for more details.
Payments made by partners impact the order of prices displayed. Room types may vary.
558dakshas
3

Our room 1502 was excellent clean every friendly and helpful all done by Robbia. Thanks to her. The breakfast was good too. We went to see the roof swimming pool. Will recommend to my friends. Hope Robbia will keep look after us till we stay.

Trip type: Travelled with friends
See all 1,767 reviews
Payments made by partners impact the order of prices displayed. Room types may vary.
Nearby Hotels 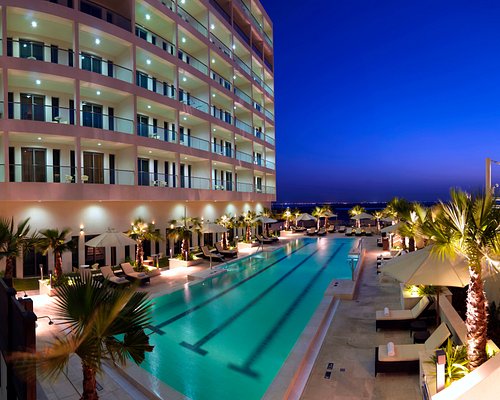 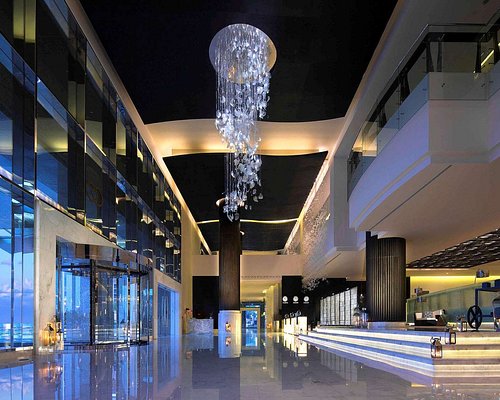 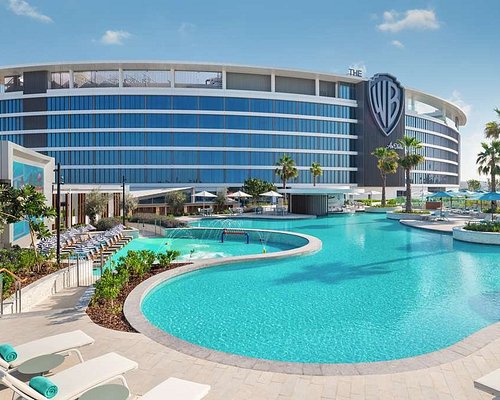 Excellent and neat spacious room with reasonable and affordable price.
Housekeeper Harthik is perfect and nice person. Very pleasant to stay and bathrooms are clean. Fine hotel in Abu Dhabi.
Highly recommended to stay if you plan to visit Abudhabi.

I was excited to try my first Jannah hotel property. Needless to say it was a nightmare.

Stayed at the property for one evening, checking in late around 845 pm. Front desk greeting was nice and check in was relatively quick.

Main lobby is adjacent to restaurant which was very busy - seemed popular.

Room given was on 9th floor. Upon entering the room I noticed the floor was not vacuumed with pieces of things on the floor, and then I walked to the bed and seen an enormous cluster of long hairs on the bed. This was disgusting and there’s no way someone could miss that.

Called down to reception and was told housekeeping would be on its way. I refused- simply asking kindly for a new room. She said to give some time. 20 minutes later she came up to the room with a new key to 1007. She escorted me to the new room. No apologies from anyone, and no manager available or caring to contact.

The new room was smaller, however at least clean - and had large water or fluid stains on the carpet. The bed wasn’t as comfortable as imagined it to be, but it was soft. The pillows were very comfortable. The bathroom had some maintenance issues- chips near sink, rain shower head was clogged not flowing freely (never cleaned probably). This is not 5 star product or service. The towels didn’t smell clean at all and the bath amenities were not filled, bodywash/shampoo close to empty.

Upon returning to the hotel I was unable to open the lever for parking to park the car with the room key. I called the number 0566363829 as it’s posted to call this for security for the gate. When I called it a machine said the phone number is temporarily out of order. I walked to front desk leaving the car. The front desk agent came out name starting with Z I believe. I told him the phone number didn’t work and he said “ of course it doesn’t work. Why would you call that. That is for deliveries!” How am I suppose to know, I was only following the signs directions. I requested for the card access to work/ or to assist opening so I could park. He said I couldn’t park and parking wasn’t included. I told him I spoke to someone earlier who told me parking was included. He got upset, raising his voice and said in a very condescending manner “ you know what Mr.____, if you want to try and park the car go ahead be my guest”. It was so surprising and strange. He insisted to try valet after cause parking cars are difficult. I felt it was the rudest, most condescending thing to say to a guest ever- especially at a property that states it’s 5 star and showcases its awards behind its front desk. Just because you won the awards at some point doesn’t mean the awards keep coming when you talk to a guest in such a rude, unwelcoming manner. I just wanted to park, I didn’t deserve that.

Next day I checked out early at 930am as the hotel doesn’t notify you until you get to your room a paper states they will be conducting fire alarm testing throughout the day. I didn’t sleep well also as the way the curtains are laid out in this room you can’t seal them shut so light comes through and it’s not dark black out.

I called the hotel to speak to a manager about what occurred and how it made me feel. He listened but questioned me on the cleanliness of the first room stating he inspected the room after I left (but of course he never called me) and didn’t find what I found- asking if I removed the hairs!!!? Photos attached.
He even questioned what the agent or leader said to me, as if I made it up.

I would not recommend this property. It’s pretentious to list it as 5 star via Abu Dhabi’s recognition program. I would give it 3.5 based on Canadian / American / European standards,- at best for the product. There is no turn down service and, no slippers (both was advertised) and the room isn’t maintained or cleaned to a level consistent of luxury hotel standards.

Expected more. Received much less than what you pay for.

This review is the subjective opinion of a Tripadvisor member and not of TripAdvisor LLC.
Maria L
21
Reviewed 30 January 2019 via mobile
Excellent

I would like to thank to Ms. Ruby house keeping, we stayed in jannah Burj al sarab early this month in am say everyone is so kind and thoughtful specially Ruby who have taken care of us during our enter stayed

This review is the subjective opinion of a Tripadvisor member and not of TripAdvisor LLC.
Sunshine530487
11
Reviewed 24 January 2019 via mobile
average hotel

i stay in this hotel for almost 15 days in jan 19. i can say this is not up to the mark in term of hospitality. food is also not that much good. they dont have universal electric socket to charge your mobile or laptop. reception and laundry response is very bad. even they lost my one of the shirts which was given for laundry. i complaint regarding same to management but no proper reply. this type of management i have never seen in such level of hotels.

only good point is that they have good housekeeping staff like cris and divina. also i appreciate the Mr. Hany for their services ..

This review is the subjective opinion of a Tripadvisor member and not of TripAdvisor LLC.
femramos
Abu Dhabi, United Arab Emirates
3
Reviewed 21 January 2019 via mobile
Triple Treat Celebration

We had our Christmas Party here with family and friends.
I love the most in Al Janna is the food and beverages,
thats why most of the time if we have an event
we always prefer to have it here in this hotel.
The staff is approachable specially Mr. Hany so accomodating and approachable.
and also the staff of F&B, they are all polite.
So to mention also thier rooms, the view from the hotel,
accessible to everything.

Thank you so much Al Jannah @ meena Abu Dhabi.
Thank you Mr. Hany for always accomodating us.
Keep it up!
See you soon for the next check in and event

This review is the subjective opinion of a Tripadvisor member and not of TripAdvisor LLC.
View more reviews
PreviousNext
1…131132133…