“Another great holiday”
VTRMXzlfU3Jl
other travellers have booked this property 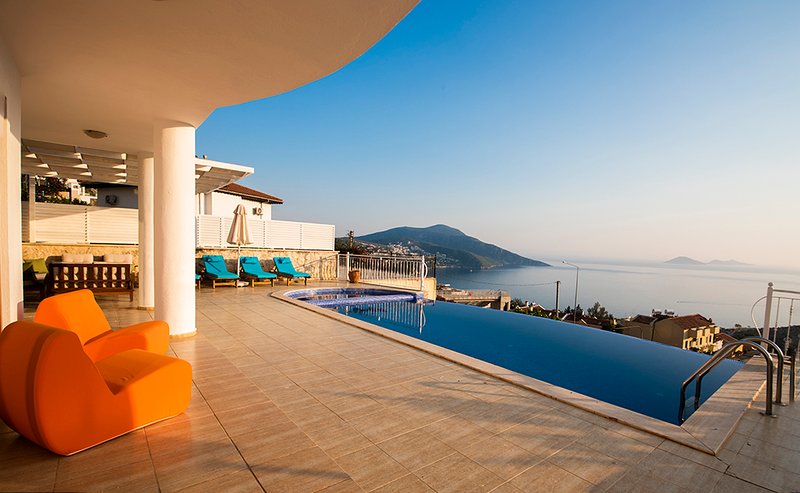 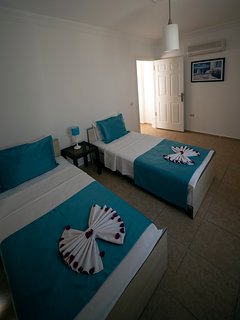 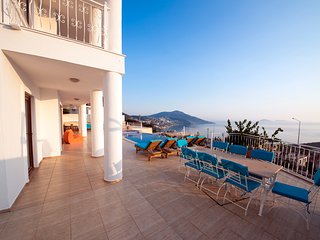 Returned to Villa Kuzey for the second time. Once again we (there were 7 of us) had a wonderful time in this well equipped lovely villa. It has so much room you can have all the privacy you want as well as mixing with full group for meals, inside or out, and B B Qs. The views over the bay are amazing and the infinity pool adds a certain special something. There a treadmill, a wii board, table tennis, DVD player, large screen tv etc. Ozgur, the pool man cannot do enough for you. The hills are steep but you walk down to Kalkan and get a taxi back up for 10 lira.

Date of stay: May 2014
Liked best: Allofit
Travelling group: Large Group
Would you recommend this hotel to a friend?   Yes.
Recommended for:
Was this review helpful? Yes
This review is the subjective opinion of a TripAdvisor member and not of TripAdvisor LLC
Problem with this review? Thank you. We appreciate your input.

Manchester, United Kingdom
Reviewed 22 October 2013 for a stay in September 2013
Date of stay: September 2013
Liked best: The space
Liked least: The beds
Travelling group: Friends
Would you recommend this hotel to a friend?   Yes.
Recommended for:
Was this review helpful? Yes
This review is the subjective opinion of an individual traveller and not of TripAdvisor LLC nor of its partners.
Problem with this review? Thank you. We appreciate your input.

We (as two families totalling seven) have just returned from two week stay at this Villa. I believe that the actual nameplate at the side, refers to it, as Villa Kuzey and I also think it goes by the name of North Villa.

We booked this a few months ago, through an agent on HolidayLettings. My communication through Jane from the letting agency was hassle free and she answered all our questions prior to arrival.

We arrived late on the Saturday night/early Sunday morning and our driver that collected us from the airport, had the key to the Villa. We had been left a small welcome pack, which allowed us to get a quick refreshment before bed.
We did have a couple of small issues which were quickly resolved the next morning, when the people from the letting agency, came to the Villa for a small type of welcome meeting. They quickly resolved the small issues we had and were not pushy about trips. They gave us directions to thier office, which was nearby and told us to pop in anytime, should we need to discuss anything, book trips or have any problems to be resolved.

The Villa itself, was ideal. It is in a very good location and although it overlooks the D-400, you never have a problem with any road traffic noise. The rooms are comfortably appointed, without being lavish. They are all air-conditioned and of a good size. The double room at the top, is a little on the low side height wise and my neighbour kept bumping his head in the en-suite.

Outside space is also very good and the view is just stunning. I was worried in case anything had been built in front of the Villa (as the photos looked quite old), but was so glad that we still had such a wonderful view. The Ottoman seating area was also a welcome bonus, as it allowed you a little breather from the baking sun during the day and a meeting point for both families in the evening, to have a quiet drink before deciding on which restaurant we were going to for dinner.

We also had a Wii console for the kids, a table-tennis table at the back of the property and also a treadmill in the living room!!! There are also a couple of BBQ's available (we used the small red one) for some al-fresco dining. That said, we probably didn't use as much as we intended to, as the food in the restaurants was so good.

Overall, I think that we made a good choice of Villas. I think that if we had been further up the hill, we would have needed a car or had to use taxis. By the time the 2nd week was progressing, my need for the treadmill became less. There is a handy footbridge just down from the Villa and to get to the main centre of Kalkan, will take you around 5-10 minutes walk downhill. It will take you a little longer to get back though, especially if you do it during the day in the heat.

It was quite surprising how quiet it was, standing at the Villa at night. For it to be so close to the centre (which was fairly bustling) and not being able to hear any noise from the pubs, was a welcome change for us. The Villa is also very well situated for the weekly Kalkan market. It is only a five minute walk in the other direction from the centre of the old town.

Overall, we couldn't really fault the Villa. You would certainly get much better value for probably about half the price, should you look at somewhere like Orlando, but the flights are much cheaper to Turkey. Kalkan is such a lovely place and lends itself well to the rental market for Villas & Apartments. There are so many very good places to eat and it doesn't really matter if a restaurant is rated at number 1 or number 40 on TA, you will not really get a bad meal. We ate at a number of restaurants during our stay. Some were in the top 10 on here and others weren't, but I can honestly say that Kalkan is one place I have visited, where I would not read too much into restaurant reviews, before choosing. The quality of food in all the restaurants we visited, was very good, even in the cheaper options.

Date of stay: July 2013
Liked best: The stunning view
Liked least: The hill in the heat
Travelling group: Large Group
Would you recommend this hotel to a friend?   Yes.
Recommended for:
Was this review helpful? Yes
This review is the subjective opinion of a TripAdvisor member and not of TripAdvisor LLC
Problem with this review? Thank you. We appreciate your input.

Manchester, England, United Kingdom
Reviewed 15 October 2012 for a stay in September 2012
Date of stay: September 2012
Liked best: Location
Travelling group: Spouse/Partner
Would you recommend this hotel to a friend?   Yes.
Recommended for:
Was this review helpful? Yes
This review is the subjective opinion of an individual traveller and not of TripAdvisor LLC nor of its partners.
Problem with this review? Thank you. We appreciate your input.

Lanark, United Kingdom
Reviewed 25 October 2011 for a stay in October 2011
Date of stay: October 2011
Liked best: Outdoor pool area - breathtaking views
Travelling group: Other
Would you recommend this hotel to a friend?   Yes.
Recommended for:
Was this review helpful? Yes
This review is the subjective opinion of an individual traveller and not of TripAdvisor LLC nor of its partners.
Problem with this review? Thank you. We appreciate your input.

Izmir, Turkey
Reviewed 23 August 2011 for a stay in August 2011
3
people found this review helpful
Date of stay: August 2011
Liked best: The views, pool and space
Liked least: Safes didn't work; lack of towels/clothes hangers
Travelling group: Large Group/Tour
Would you recommend this hotel to a friend?   Yes.
Recommended for:
Was this review helpful? Yes
This review is the subjective opinion of an individual traveller and not of TripAdvisor LLC nor of its partners.
Problem with this review? Thank you. We appreciate your input.
Previous Next
1 2
Updating list...
Still can't find what you're looking for?

Looking for a place to stay in Kalkan?
View all 1,210 holiday rentals