Once a Dream Hotel - Review of Langkawi Boutique Resort

Once a Dream Hotel

This resort is probably the most ideally located at Pentai Cenang. Across the road is the magnificent beach. For once it must have been a treat to stay in but now it seems to be quite neglected. The deluxe room we stayed was quit impressive in décor but initially quite smelly due to less opening. Nonetheless the services were far better in subsequent days. Breakfast was also good but there is dire need of heavy investment for maintenance. Poolside could prove to be the most wonderful in its full bloom but was more of a deserted pond.Apart from everything, we enjoyed the stay since we got value for money with ideal location.More

Show less
Room tip: Bargain for the cheaper room. The management won't let you slip out of your hands so try to get maximum out of them.
See all 164 reviews
Payments made by partners impact the order of prices displayed. Room types may vary.
Nearby Hotels 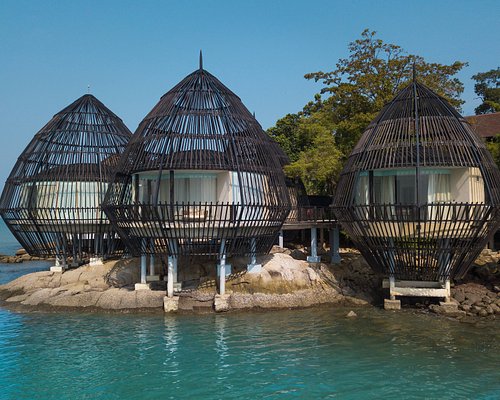 Sponsored
The Ritz-Carlton, Langkawi
US$253 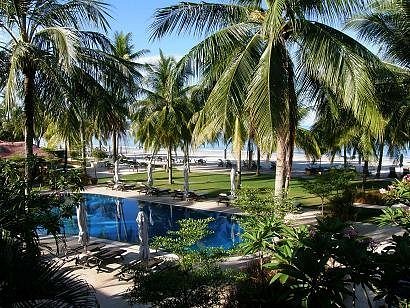 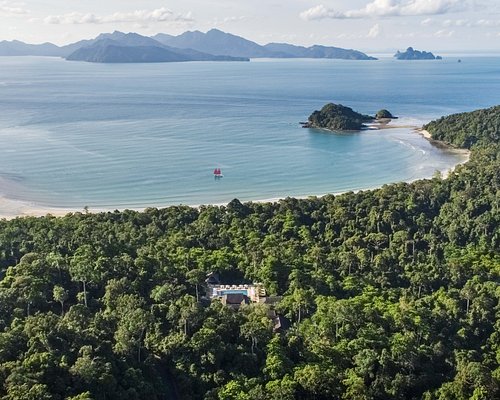 Top Rated
The Datai Langkawi
US$394

Taking safety measures
We compared the lowest prices from 18 websites
The Ritz-Carlton, Langkawi
US$253

Expedia.com
View deal
Free cancellation
Pay up to 12X
Hotels.com
US$253
RitzCarlton.com
US$253
Booking.com
US$253
View all 18 deals from US$252
557 reviews
5.2 miles from Langkawi Boutique Resort

Hotels.com
View deal
Free cancellation
Pay up to 12X
Booking.com
US$178
Trip.com
US$94
Travelocity
US$188
View all 14 deals from US$94
5,455 reviews
0.7 miles from Langkawi Boutique Resort
We compared the lowest prices from 14 websites
Breakfast included
Telaga Terrace Boutique Resort
US$181

Expedia.com
View deal
Free cancellation
Reserve now, pay at stay
Hotels.com
US$181
Agoda.com
US$29
CheapTickets
US$181
View all 12 deals from US$29
293 reviews
0.9 miles from Langkawi Boutique Resort
We compared the lowest prices from 12 websites
Vivanta Langkawi, Rebak Island
US$126

Expedia.com
View deal
Free cancellation
Booking.com
US$126
Trip.com
US$71
Hotels.com
US$126
View all 18 deals from US$71
2,455 reviews
1.9 miles from Langkawi Boutique Resort
We compared the lowest prices from 18 websites
Berjaya Langkawi Resort
US$65

Hi After our Singapore trip we stayed in this Langakawi Boutique.. was lil bit diff to find ecasue doesnt look like a hotel from outside. very big property but you wont find much people staying there. its very old property also, rooms are very far from reception and no room service also available but surroundings are very attractive.

This review is the subjective opinion of a Tripadvisor member and not of TripAdvisor LLC.
Asif_alam
Karachi, Pakistan
11
Reviewed 22 July 2011
A Total dissappoinment

It was far below our expectations, nOt properly maintained.it was a spacious but room service was pathetic. WelL It goes like this.........the person who was in the reception was also the plumber, an electrition and a cook too. Shortly it was a haunted house andd never ever go there and if you think this resort is comfirtable ur surely mistaken!!!!! The Swimming pool specially vat we see in the picture, was far from reality. By and large it wasnt a good experience at all!!!!

This review is the subjective opinion of a Tripadvisor member and not of TripAdvisor LLC.
Prisc_N
Singapore, Singapore
12
Reviewed 11 July 2011
Horrible Hotel Management

I travelled on 08 Jul 11 to Langkawi, took a taxi at airport to this stated hotel, found that this hotel had closed for renovation (according to the local who stay nearby)!!! I tried to call the contact stated at the counter but no answer. So LOST as i booked the package via online ONE MONTH AGO. Before the trip, I had sent email and call up to this hotel for airport pick-up. No reply from them. Spoil my holiday. Remarks : Poor AND Irresponsible management. STAY at yr own risk.

This review is the subjective opinion of a Tripadvisor member and not of TripAdvisor LLC.
michy01
Karachi, Pakistan
14
Reviewed 21 June 2011
It was a terrible night mare

welL neva eva Even think of going to that hotel ever............itx more like a haunted place. it is the best of all worst resorts.when we went inside the room there was a pamper on our window.. the washrooms were dirtier then anyone can ever think of, the comferter was rough and uncomfirtable, the pool seriously does not look like as in the photos,the shower was broken, there was no maintainence,maniiieeeeeeeeee reptiles and lizards........................It was a complee disaster. Dontever even think of going there.total waste of time!!!!!!!!!!!!!!!!!!

This review is the subjective opinion of a Tripadvisor member and not of TripAdvisor LLC.
lauretben
Avignon, France
5142
Reviewed 2 March 2011
DO NOT GO THERE!

We stayed in this hotel beginning of February, unfortunately we did not have the choice to go somewhere else as we arrived on the worse week end of the year : Chinese New Year. Langkawi island was packed with thousands of Malaysian who came on holiday.
We did not know it was a bank holiday, we definitey should have checked before.
Anyway!
We arrived in Langkawi from Koh Lipe by speed boat and we realised that we would struggle to find an accomodation as all agencies told us that all the hotels were fully booked.
We decided to check by ourselves and after 5h (!) a restaurant manager helped us to find a place to stay and he found Langkawi Boutique Resort (a friend of him...)
Earlier we met another tourist who told us that Langkawi Boutique Resort was available for 800 ringits per night!! We could not afford this price as we are backpackers and try to travel for cheap.
The restaurant manager confirmed the room for us for 180 ringits per night... it seems that you need to know the right people in the right place to get "friendly" prices.
The restaurant manager confirmed to us that we could stay 2 nights as required before..
When we arrived for the check in the reception and the manager said that it was ok for 1 night and that they would relocate us the day after.

We went to the reception twice in the evening and the receptionist said that they would have a family room available early in the morning the day after. We asked her to keep this room for us in case they don't have any double rooms available. She confirmed and the morning after when we checked with her and the manager they changed completely their mind. The family room was suddenly booked and they asked us to wait again for 20min. They confirmed they could keep our luggage while we were out on a day-trip and in the evening they would try to find a room for us....
Knowing that all the ferries for the continent were fully crowded and booked in advance + all the hotels in Langkawi were fully booked too, we could not risk not to have a room nor a ferry. The manager started to argue with us (it seems he was too stupid to understand what we were explaning to him).
They lied all the way, changing their minds, trying to find excuses to kick us out. Moreover, the manager said that he usually didn't accept foreigners when they came at the reception to check availability and that the hotel was full of malaysians and chinese only.
We understood that they were nothing else than idiots, racists and unprofessional people.
We decided to leave Langkawi on that day.
On top of this we had the following issues :
- The TV was not working and according to the manager nobody could fix it due to bank holiday
- There were no towels in the rooms and we got them they were smelly
- The bathtub was dirty, full of dust
- There was a water leak in one of the 2 bathroom
- The carpet was very dirty and full of brown stains
- The swimming pool was nearly muddy and the water smelt really bad.
- One of the rooms lock was broken.

For sure we'll never go back there.

This review is the subjective opinion of a Tripadvisor member and not of TripAdvisor LLC.
View more reviews
PreviousNext
123…