US$47
View deal
Free cancellation until 23/10/21
Reserve now, pay at stay
Booking.com
PricelineUS$57
CheapTicketsUS$58
View all 13 deals
Prices are provided by our partners, and reflect nightly room rates, including all taxes and fees known to our partners. Please see our partners for more details.
Payments made by partners impact the order of prices displayed. Room types may vary.
clin1980
Copenhagen, Denmark
25

We stayed 6 nights at this hotel and we are very satisfied. The staff were very friendly, room was small but it was clean and tidy. The breakfast was good as well.

It is about 10 minutes walk from JR Umeda station but it was no problem for us. On the way to JR station, there is a food street behind the main street with many good restaurant. It is about 5 minutes walk to subway station.

Personally I think it is good value for the money we paid.We will stay here again if we go back to Osaka.

See all 359 reviews
Payments made by partners impact the order of prices displayed. Room types may vary.
Nearby Hotels 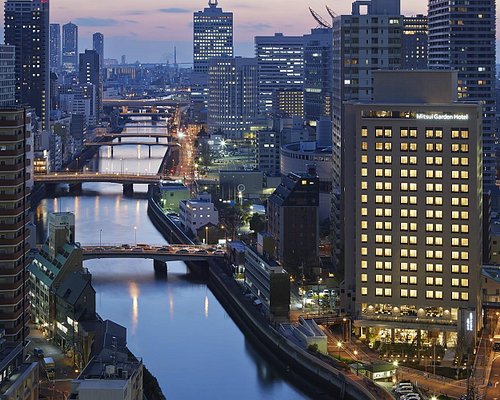 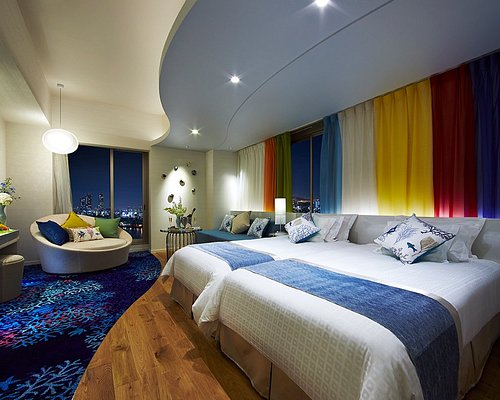 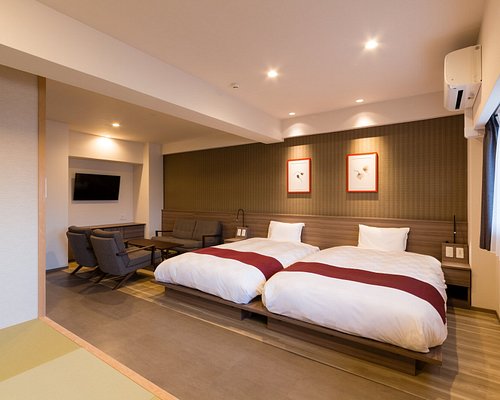 Expedia.com
View deal
Free cancellation
Reserve now, pay at stay
Booking.com
US$64
Trip.com
US$26
Hotels.com
US$39
View all 13 deals from US$26
112 reviews
3.3 miles from Hearton Hotel Kita Umeda
We compared the lowest prices from 13 websites
Hotel Granvia Osaka
US$67

Expedia.com
View deal
Free cancellation
Pay up to 12X
Booking.com
US$64
FindHotel
US$51
Hotels.com
US$67
View all 14 deals from US$51
1,827 reviews
0.6 miles from Hearton Hotel Kita Umeda

Expedia.com
View deal
Free cancellation
Pay up to 12X
Hotels.com
US$54
FindHotel
US$42
Booking.com
US$57
View all 14 deals from US$42
826 reviews
0.7 miles from Hearton Hotel Kita Umeda
We compared the lowest prices from 14 websites
Best Western Plus Hotel Fino Osaka Kitahama
US$26

Expedia.com
View deal
Pay up to 12X
Booking.com
US$26
FindHotel
US$22
Hotels.com
US$26
View all 13 deals from US$22
70 reviews
1.4 miles from Hearton Hotel Kita Umeda
We compared the lowest prices from 13 websites
Breakfast included
Sponsored
Comfort Hotel Osaka Shinsaibashi
US$34

Expedia.com
View deal
Pay up to 12X
Hotels.com
US$164
FindHotel
US$41
Booking.com
US$162
View all 13 deals from US$41
68 reviews
0.4 miles from Hearton Hotel Kita Umeda
We compared the lowest prices from 13 websites
La'gent Hotel Osaka Bay
US$58

Expedia.com
View deal
Free cancellation
Pay up to 12X
Hotels.com
US$58
FindHotel
US$36
Booking.com
US$60
View all 13 deals from US$36
59 reviews
4.9 miles from Hearton Hotel Kita Umeda
We compared the lowest prices from 13 websites
Hotel Il Monte
US$33

Expedia.com
View deal
Free cancellation
Pay up to 12X
Booking.com
US$66
FindHotel
US$32
Hotels.com
US$41
View all 13 deals from US$32
2 reviews
2.8 miles from Hearton Hotel Kita Umeda

Make sure you have the correct hotel (There are two Hearton hotels!) it was a little confusing to locate. This one is not next to Umeda station ... Standard business hotel, with adequate facilities and close enough to the subway to be convenient. [Najitsu station, just two stops from Shin-Osaka. Go out Exit 1 and go around the back of the Ramada.] The room was small by Western standards, but perfectly adequate, and typically Japanese size. Good fast, free, Internet in room via a cable. Staff were very pleasant, too.

This review is the subjective opinion of a Tripadvisor member and not of TripAdvisor LLC.
Fwee Y
Kuala Lumpur, Malaysia
118
Reviewed 9 August 2012
quiet place but great location

Stayed here about 4 nights. The location is a bit far from the Umeda JR but it is very close to the Subway (just few mins walk). The room size is decent, the staffs are friendly and they tried their very best to communicate with you in English. I took the package with breakfast and it was OK. Will consider to stay here again if i travel to Osaka.

This review is the subjective opinion of a Tripadvisor member and not of TripAdvisor LLC.
KahOn
Hong Long
2852
Reviewed 3 August 2012
Value, comfort and location

Not much to complaint at the price point that it *occasionally* offers. Well, the upside for most Japanese hotels is that cancellation is usually free--be patient with the surprise deals.

It is not that close to the Osaka JR station and the Station City mall. It was like 10-15 minutes open-air walk with a suitcase, but don't take the subway from Umeda to get to Nakatsu. The tourist info staff had no idea about the long walks INSIDE the massive station.

Use Street view to familiarize with the area before arrival. While there are a couple of routes to choose from, you can lose directions between those highrise.

The Hankyu International Hotel is a great landmark to spot the Hearton from Umeda. If you are going from Nakatsu, locate the Ramada and then a tall blue commercial building.

We don't have complaints about the choice of restaurants nearby, in particular the Umeda side. The food street underneath Hankyu line offers the best value breakfasts in town. We also had a semi-buffet lunch that cost JPY1000-1200 at a nicely decor cafe nearby.

Umeda is home to several huge malls and department stores, in which the Hankyu store appears to be popular with the locals. Department stores, as usual, offer the best choices in a foreigner-friendly atmosphere.There is also a Muji a few blocks away.

Speaking of the hotel--the restaurant was overpriced. It was the smallest Twin room I can think of--in fact, the Studio room meant one of the beds was a sofa-bed--mattress support is not great. Since the hotel is just over one year old, the bedding are still soft and comfy, that was nice.

We just had enough room to laid down our suitcases without jumping over them--my dad's put his on the stool and I stowed mine under the sofa-bed. With so little space, you will do your reading and eating on your bed too--do not expect to serve those chilled meal in your room.

A nice touch though--LAN port at bedside. They knew you won't be working on the desk anyway. Small backpacks can slide under the bedside table, or they must spend the night on the carpet.

Free speedy Internet via LAN in room and Wi-Fi in lobby. Treasure that lobby WiFi because free Internet is hard to find elsewhere in Japan away from the hotel and airport.

As others have mentioned, the toilet is roomy in comparison.

All in all a nice hotel for the price point. Umeda is convenient and upscale, but Namba area could be more suitable for first-timers.

This review is the subjective opinion of a Tripadvisor member and not of TripAdvisor LLC.
iadoreyooh
Los Angeles, California
78
Reviewed 19 July 2012
Nice small value hotel with GREAT location

I really enjoyed this hotel. I can't say it enough but LOCATION pretty much MADE this hotel.

- GREAT location. Really close to all the Umeda shopping that you'll ever want to do. Umeda is one of the two main shopping centers in Osaka, and it's the more contemporary one at that, so definitely recommend. It's close to a TON of restaurants as well, and major hotels so it's really easy to catch airport buses without having to put down hundreds of $$ to stay in a fancy hotel.
- Also like 2 blocks away from the metro station, which was really convenient to hop down Line 1 to the other shopping center, Nihonbashi and Namba. It was also walking distance (a little less than 10 min) to the Umeda Train Station, which is the main train station in Osaka, so it was really easy to hop on a train to nearby cities like Kobe and Kyoto as well!
- 2 blocks north of the hotel there are also a bunch of Okonomiyaki restaurants as well! It was probably the closest hotel to them since they were a little north of Umeda, which just made this hotel even better.
- 1 block away from 3 different convenient stores. If you've ever stayed in Japan, you'll understand how awesome this is too.
- The price was great. $80/night for a convenient, efficient hotel.
- Was relatively clean... not the cleanest but it was clean.

The cons:
- Rooms were VERY small. Not much walking room at all, we had 2 suitcases and it was pretty hard to maneuver. Everything seemed very packed just perfectly into the room.
- Bed was against RIGHT against the wall. I'm kind of a stickler for cleanliness so this made me pretty weary because you never know what you're really sleeping up against. Added to this, my Kindle fell down between the wall and the bed and I conveniently forgot it because of how the bed was situated. That said, this was my fault for not checking anyway and kind of besides the point of this review.
- Related to this, the window pane was kind of dusty which grossed me out a little, especially with it being right over the bed...
- Added to this, room slippers were provided but they looked a little dirty, even when we first arrived. The hotel we stayed at in Tokyo gave us new shrink-wrapped slippers every day so it felt a little unsanitary compared to that.
- Staff didn't really speak English. At all.

It must also be said that I left behind my Kindle in the hotel room, contacted the hotel, and they helped me get it back. However, I'm not sure what's customary in Japan but in the US, if you had forgotten something they would ship it to you free of charge. This hotel did NOT, even though I shipped it domestically to a location in Tokyo for about 750 yen. I thought it was a little cheap of them but they did help me, it was my mistake in leaving it, and I got it back, and for that I am grateful.

This review is the subjective opinion of a Tripadvisor member and not of TripAdvisor LLC.
SKW66
Hong Kong, China
3519
Reviewed 11 July 2012
Exceeds my expectation for any budget hotels

Likes:
- The room (semi-double) was bigger than my expectation.
- Strong shower water pressure
- Nice touch by the renowned considerate Japanese: The odor removal spray provided in the room was quite useful
- Spotless bathroom, including the shower curtain and all corners.
- Pretty nice view from 17/F.
- Very nice neighborhood with several convenience stores close by.
- Staff was very helpful

Could be better:
- Room number was printed on the card key. Not the safest security measurement for hotels.
- Spring in the mattress was kinda wore out.

Notes:
We took the 06:35 airport limo bus from Kansai International Airport. It was almost empty. Got off at the Osaka Station next to New Hankyu Hotel. We already got ourselves quite some snacks/drinks from the Asnas c-store right next to the bus station. After coming out from Asnas, we turned 180 degree and walk across 阪急三番街. Then we walked toward north and once we saw the tall PIAS Building, we know it's the right way as suggested by many reviewers here aleady. Hearton is on the east of PIAS building. We had considered taking one station of subway from Umeda station to Nakatsu Station on the 御堂筋 line. But it's not quite possible with the luggage we had. Lucky we didn't do that as we couldn't see any elevator/escalator in the Nakatsu station. (One subway Nakatsu exit is linked to the nearby Ramada Hotel though if any one is considering that.)

This review is the subjective opinion of a Tripadvisor member and not of TripAdvisor LLC.
View more reviews
PreviousNext
1…171819…