Expensive but the location is great!! - Review of P. P. Palm Tree

P. P. Palm Tree
P. P. Palm Tree
Lock in the lowest price from these sites
Expedia.com
Hotels.com
Travelocity
View all 10 deals
Prices are provided by our partners, and reflect nightly room rates, including all taxes and fees known to our partners. Please see our partners for more details.
Payments made by partners impact the order of prices displayed. Room types may vary.
mo_belle
Leeds, United Kingdom
1523

Expensive but the location is great!!

We stayed two nights here and tried to extend for another but the hotel was fully booked. The rooms are nice and felt traditional. Breakfast wasn't great and the staff weren't helpful at all. The hotel felt like it was previously really good but it seems to have been stripped down to the bare bones. There was a pool bar but no staff, the restaurant only served on an evening and the hotel felt empty most of the time. The pool was nice but it is the location that really sells this place. If your not bothered about a pool then stay in a guesthouse instead!

See all 853 reviews
Payments made by partners impact the order of prices displayed. Room types may vary.
Nearby Hotels 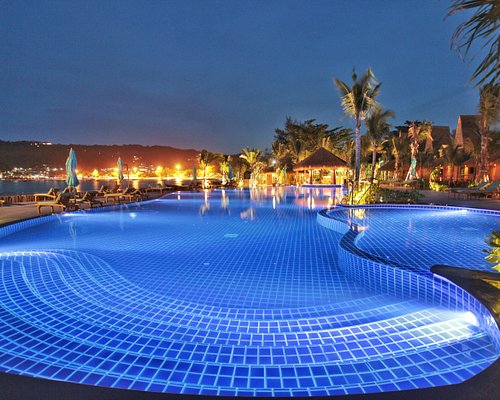 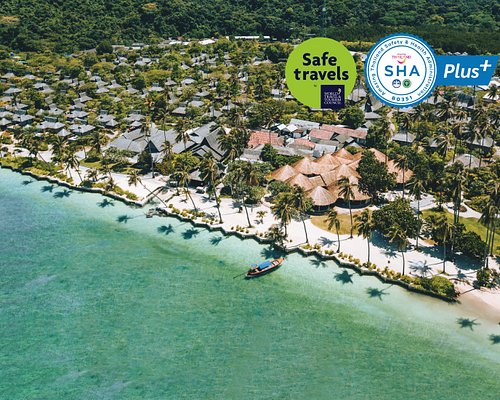 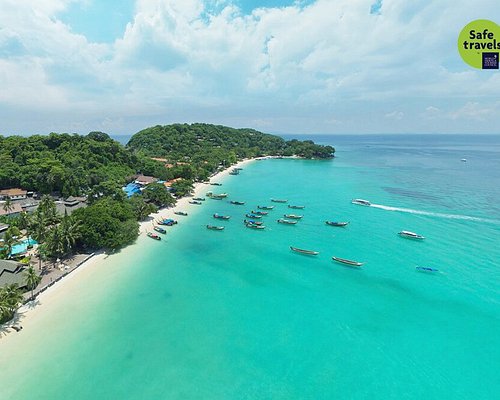 eDreams
View deal
Expedia.com
US$40
Agoda.com
US$34
Hotels.com
US$40
View all 15 deals from US$34
575 reviews
0.1 miles from P. P. Palm Tree
We compared the lowest prices from 15 websites
Breakfast included
Phi Phi Bayview & Premier Resort
US$26

Very expensive when we stayed in december. Hotel is clean and the AC works well. No free wifi is a joke for how much you pay. The pool is nice. Breakfast buffet was worth it as there is lots of selection and fresh cooked eggs to order. Rooms are small. Good central location to beach bars on both sides of the island.

This review is the subjective opinion of a Tripadvisor member and not of TripAdvisor LLC.
Raoul136
Kolkata (Calcutta), India
32
Reviewed 2 January 2013
"convenient and comfortable"

P.P. Palm Tree Resort is very well located at the center of everything. It is equidistant from the pier and the beach where all the parties are held. Around the hotel there are places to shop for anything you might need on a beach resort / island like clothes, shades, footwear, swimming/diving/snorkelling gear, etc. All the bars and good restaurants are also at easy walking distance from the hotel.

Room tip: Choose the pool side rooms on the ground floor. The balcony has direct access to the pool.
Ask Raoul136 about P. P. Palm Tree
Thank Raoul136

This review is the subjective opinion of a Tripadvisor member and not of TripAdvisor LLC.
RodrigoFD
Ribeirão Prêto, São Paulo, Brazil
42
Reviewed 27 December 2012
Nice hotel, but expensive

The location is really good, on the middle of the island near all bars and restaurants. Everything is near at Phi Phi Don, but this hotel is in the central area.
The bedrooms are confortable, large with a good bathroom.
The staff is nice, almost everyone speak a bit of english.
Cons: It is expensive for Thailand.

This review is the subjective opinion of a Tripadvisor member and not of TripAdvisor LLC.
Cherry C
Toronto, Canada
2728
Reviewed 26 December 2012
Great location but a bit overpriced

We booked at agodo through trip advisor. It was not easy to find a good hotel at the island. We arrived by ferry on Dec 5. Staff picked us up at the pier. Checked in was okay. We stayed at room 307. We walked up at the stairs closest to the reception only to find out that our room is in the other building.

The hallway is facing a building's back, you can see people trying to hang their clothes. The balcony is facing another building where the air conditioners are. The room location is definitely not the best. Try to get one that is facing the pool if this matters to you. One downside of the room is that you need to keep your key into the key slot or else the fridge would have no power to it. If you want to keep something chill in the room, you have to keep on key in.

Location is great. Very central. There is food nearby. We mainly dove there and it was really easy to find the diving centre we were recommended. Restaurants are closely located as well. There were also supermarket near by if you need water.

Our deal included breakfast in the hotel. Awesome breakfast and service. My boyfriend and I loved the fried flat noodles. Pineapple juice was also great.

One thing is that I attracted a lot of mosquitoes, so get some bug spray.

This review is the subjective opinion of a Tripadvisor member and not of TripAdvisor LLC.
ihavehighstandards
137
Reviewed 15 December 2012 via mobile
Nice hotel, great location, agree a pbit overpriced

After trudging around for a bit with our bags (we must've missed the staff at pier, if they were there!) we found the hotel. Check in was easy though they make u pay up front, I wouldn't usually pay for any service upfront as u don't know what it will be like, is a bit strange, maybe they have lots if people leaving without paying!

Anyway we had a room in the 2 floor was nice and clean and view of pool. First night the air con remote stopped working so was a sticky night, saying that as soon as we reported it they came and looked at it for us. The toiletries in the bathroom looked like they were still left from the last people though, half used shower gel and shampoo!

The breakfast was nice. The Internet is slightly annoying, u have to log into another domain every time u need to use it! Saying that it is free and we met some others who's hotel wanted 150 baht per hour for Internet, so at least it's free!

Our room was surprisingly quiet for the location (right in the middle of tourist village). The hotel has a good location for all the action though, if that's what you're after! I would recommend a trip to Long Beach as an alternative to the 2 accessible from the village, take a long tail boat from the pier.

Don't know if I would stay here again, it is a bit overpriced but I can't fault the cleanliness and location.

This review is the subjective opinion of a Tripadvisor member and not of TripAdvisor LLC.
View more reviews
PreviousNext
1…505152…