“Nice apartment”
RVdtXzU3X0lEUQ==
other travellers have booked this property 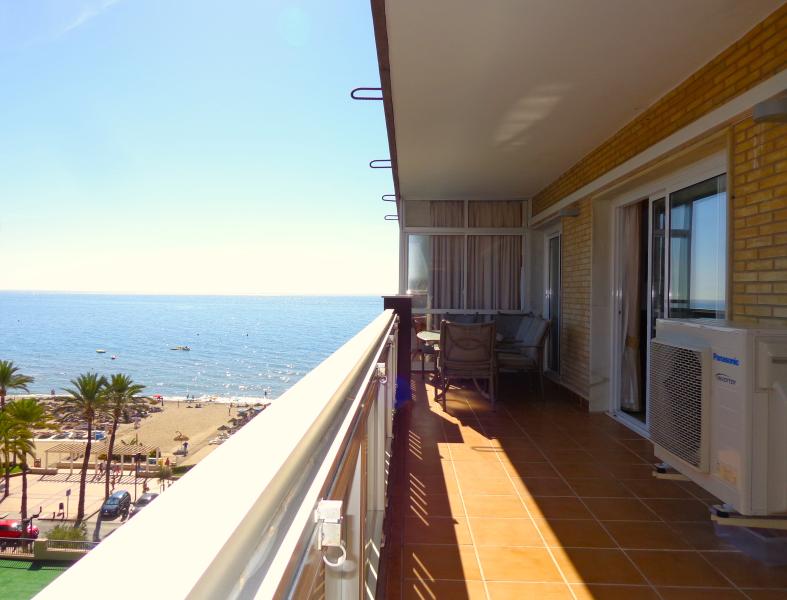 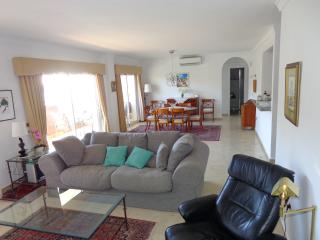 Excellent - based on 28 reviews
Write a Review

Date of stay: April 2017
Was this review helpful? Yes
This review is the subjective opinion of a TripAdvisor member and not of TripAdvisor LLC
Problem with this review? Thank you. We appreciate your input.

1.Miisled by sunny balcony as the sun never reached the balcony so it was too cold to use.2. Despite heater it never reached the sitting area we needed blankets to sit & watch TV. 3 So we went to bed early particularly as the TV had only Spanish programmes & no videos available it was useless. 4. Sheets did not match to replace for washing etc.Sadly my wife was ill off & on for two weeks before we flew home & on arrival in London collapsed & is currently in hospital with pneumonia. Even if this had not happened I would still say it is not value for money. So I can not recommend it. My comments dated 6/3/2017

Date of stay: February 2017
Would you recommend this hotel to a friend?   No.
Was this review helpful? Yes
This review is the subjective opinion of a TripAdvisor member and not of TripAdvisor LLC
Thank you for your feedback. First of all, we hope your wife is recovering quickly.
Looking at your points, we want to emphasize that we never claimed to have either SAT TV or WIFI. Our heating system is new and state of the art. None of our guests before had complaints. Last but not least, the picture you are referring to was taken from our balcony during the summer months.
Unfortunately, you did not mention that we met each of your enquiries with immediate attention.
This response is the subjective opinion of the management representative and not of TripAdvisor LLC
Problem with this review? Thank you. We appreciate your input.

Have just returned from this apartment and overall we were very happy with it. Had a great location just opposite the beach and close to many bars and restaurants. It was also very convenient for Los Boliches railway station.
The apartment was well equipped with washing machine, tumble drier and dish washer, as well as all of the kitchen utensils you need. The balcony was huge with an enclosed area which would be lovely at any not so warm time, a couple of mornings we used it for breakfast before the sun had heated the other part of the balcony sufficiently.
There were no English speaking channels on the TV, even news channels would have been nice. Also apart from first thing in the morning the really large balcony got no sunshine which would have been nice, particularly in the later afternoon.
The pool area was quite small with no sunbeds so you had to take your own down from the apartment. The ones in the apartment were not the most comfortable, after a couple of hours sitting. We used to hire sunbeds at the beach as they were far superior.
We hired a car for the duration of our stay but you don't really need one unless you are travelling around a lot. The train at Los Boliches can take you all the way along the coast from Fueringerola to Malaga. Although it is quite feasible to walk into Fueringerola either along the coast or the back roads.
Would recommend Sams bar, turn left outside the front of the apartments for Steak Pie, and wifi. Also The Windmill bar going towards Fueringerola but one block back, check out Facebook for proper location.

Date of stay: September 2016
Liked best: The location
Liked least: No English channels on TV and lack of sun on the balcony
Travelling group: Spouse/Partner
Would you recommend this hotel to a friend?   Yes.
Recommended for:
Was this review helpful? Yes
This review is the subjective opinion of a TripAdvisor member and not of TripAdvisor LLC
Problem with this review? Thank you. We appreciate your input.

We, a party of 3, stayed 6 nights at this lovely apartment. It is situated in the very well kept Palm Beach apartment block. It is a very comfortable, roomy and really well equipped apartment with a good sized balcony with sea and mountain views. Something for everyone! It was also spotlessly clean. Due to the very warm weather during our stay, we spent most of our time on the balcony. The location of the apartment is great, it's a 10 minute walk to Los Boliches Train Station and it has shops, bars and restaurants nearby. The communication from the owner, Christian, was excellent.. We would have no hesitation in returning to or in recommending this apartment. We had a great holiday there.

The apartment was in a fantastic location, with superb access to a wonderful beach.
Take a train to the near by towns/resorts and you must try Santarini the Greek restaurant, when leaving the apartment turn left its about 200 meters on your left hand side.
Try the ferry ride.

Date of stay: August 2016
Liked best: how roomy the apartment was and how well equiped
Liked least: no change to towels during our weeks stay
Travelling group: Friends
Would you recommend this hotel to a friend?   Yes.
Recommended for:
Was this review helpful? Yes
This review is the subjective opinion of a TripAdvisor member and not of TripAdvisor LLC
Problem with this review? Thank you. We appreciate your input.

2 helpful votes
“Great apartment in a great location!”
Reviewed 14 May 2016 for a stay in May 2016
2
people found this review helpful

The service from the landlord was professional from beginning to end.
The apartment was very comfortable and had all that we needed for our stay.
With wonderful views to the mountains and the sea, the balcony was the perfect place to relax at all times.
Situated on the beach front, it was ideal for level walks during the day and also easy access to a variety of restaurants, bars and shops.
The building is one of the better quality buildings in this area with a lovely communal garden and pool.
Most importantly at night it was quiet for sleeping and therefore we returned refreshed from our time there.
We would recommend this for a short or long term stay with confidence.

Date of stay: May 2016
Liked best: Location and quality of appartment
Liked least: Nothing
Travelling group: Extended Family
Would you recommend this hotel to a friend?   Yes.
Recommended for:
Was this review helpful? Yes
This review is the subjective opinion of a TripAdvisor member and not of TripAdvisor LLC
Problem with this review? Thank you. We appreciate your input.

The apartment was superb. Everything we needed was there, from beach towels to umbrellas, books to read, dvd's to watch etc. We couldn't have asked for more. It is spotlessly clean and we were met at the gate where we got a tour of the apartment and advice on where to go and what to do during our stay.

I would have no problem recommending this apartment and will definitely be back.

Date of stay: April 2016
Liked best: The size and cleanliness of the apartment
Liked least: Can't think of anything
Travelling group: Friends
Your age range 50-64
Would you recommend this hotel to a friend?   Yes.
Recommended for:
Was this review helpful? Yes
This review is the subjective opinion of a TripAdvisor member and not of TripAdvisor LLC
Thank you! We hope to be welcoming you soon again!
This response is the subjective opinion of the management representative and not of TripAdvisor LLC
Problem with this review? Thank you. We appreciate your input.
Previous Next
1 2 3 4 5
Updating list...
Still can't find what you're looking for?

Looking for a place to stay in Fuengirola?
View all 470 holiday rentals