Average place, out of town - Review of Centra by Centara Hotel Mae Sot

Orbitz.com
StayForLong
Hurb
View all 13 deals
Prices are provided by our partners, and reflect nightly room rates, including all taxes and fees known to our partners. Please see our partners for more details.
Payments made by partners impact the order of prices displayed. Room types may vary.
Jenny P
London, United Kingdom
166

Average place, out of town

The Centara Mae Sot Hill Resort is in Mae Sot which is in the hills but the 'resort' is nothing like what you might expect from the name or branding. Rooms are ok, decent size and nice enough bathroom but I would have been very disappointed if I had come here for a resort style holiday. Breakfast is ok but I would advise eating in town rather than the hotel the rest of the time. This is slightly more complicated that it might be as the resort is out of town so you'll either need to pay the hotel for a ride in to town or try to flag down a taxi. Swimming pool was closed when I was there. The reception staff were friendly and spoke decent English. Most people were unable to get a decent wireless connection in their rooms so tended to congregate in the lobby to email as the signal is better! I previously stayed in the Irawaddy Resort in town which I would stay in again if I go back.More

Show less
See all 177 reviews
Payments made by partners impact the order of prices displayed. Room types may vary.
Nearby Hotels 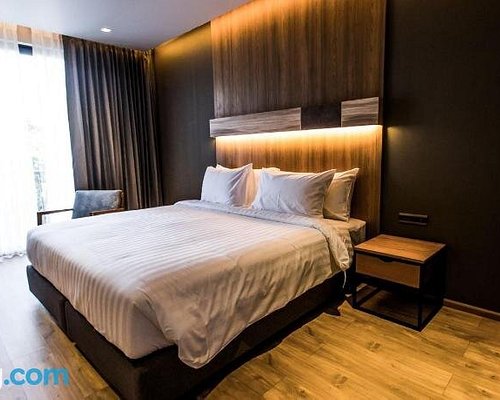 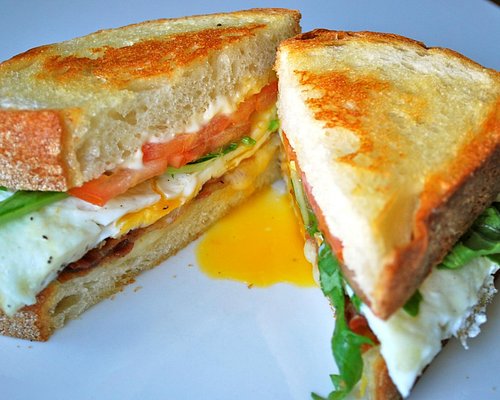 Mae Sot is a fascinating town on the Burmese border. Much of the local population is Burmese, so be prepard to see lots of ladies in traditional Burmese dress, and faces daubed with "thanaka/tanaka". The erroneously named (where is the hill? where is the resort?) Centara Mae Sot Hill Resort used to be one of the few places for tourists to stay in Mae Sot. It is quite a way outside the town center, and is now showing its age, being a bit frayed around the edges. The resort rooms are very basic, but quite spacious and adequate.The tiny lifts shudder and shake but eventually deliver you to your floor.The swimming pool is great for the kids. Avoid the hotel restaurant and food, and get out and sample the local food, such as the huge bbq shrimp. There is a very interesting market down by the river, which forms the border with Myanmar/Burma. The "resort" is reasonable value for money, compared with others in the Centara chain, but there is more competition nowadays, and it no longer has a virtual monopoly. Hopefully it will be refurbished and recast, or dropped from Centara branding altogether. It feels a bit like a neglected outpost in the "wild west" of Thailand at present.

Room tip: Would suggest a high floor to escape the pitter-patter of little and big feet, and trundling suitcases, as long as you don't mind waiting for the geriatric lifts.
Ask OzzieExpatBangkok about Centra by Centara Hotel Mae Sot
Thank OzzieExpatBangkok

This review is the subjective opinion of a Tripadvisor member and not of TripAdvisor LLC.
PamCooks
Colorado Springs, Colorado
7870
Reviewed 21 November 2011
Some really nice rooms

I read that some rooms were not updated but the rooms on the 4th floor, overlooking the pool were VERY nice and immaculate. (430-441?) I think rooms with 01-20 are on the street side with traffic noise. There was a wedding the night we came and the restaurant should have been closed. The hostess tried to waitress but had NO English and chicken pizza became chicken soup.But, it was delicious. Breakfasts are a very good buffet of Asian and Western items. Stayed 2 nights and really enjoyed it.

This review is the subjective opinion of a Tripadvisor member and not of TripAdvisor LLC.
Tom L
Scotts Valley, California
4535
Reviewed 27 September 2011
Pool is best feature - just don't look at carpet or sheets

Stayed here as I run an Orphanage Foundation and there is a lot of need so we come in and out. The hotel is one of the few that actually has a taxi service to and from it most others are served by motobike only. The lobby and the pool are ok (pay a lot for the internet, breakfast is poor the hotel needs to be upgraded for what they charge as other hotels with comparable prices throughout Thailand are MUCH better.

We requested to be moved 3 times - roaches in the first room with stainson sheets and carpet, second the same only with broken old furniture - last room only a bit better - we slept in our clothes - we switched from alocal B&B but shouldn't have as anyone for a fee can use the pool.
front desk not overly friendly didn't like us switching rooms and the breakfast - we could have easily skipped! Fitness center had only a couple broken 30 year old rusted machins - it was a joke.

Room tip: No good rooms here - try a local place instead their are a couple good ones with a Thai theme
Ask Tom L about Centra by Centara Hotel Mae Sot
2  Thank Tom L

This review is the subjective opinion of a Tripadvisor member and not of TripAdvisor LLC.
TJBo1
Chiang Mai, Thailand
3938
Reviewed 23 May 2011
Very friendly and excellent value

This hotel gives great value for about 1500 Baht. We took the deluxe room for a couple of Baht more and that was probably well worth it. The room was recently decorated and we had a very nicet rural view.
Staff was one of the best we experienced in Thailand and most were comfortable with English. It's not the hotel or location you would want to book to spend 2 weeks but great for visiting the area for a couple of days.The restaurant is OK, nothing special but reasonably priced.

Room tip: I'd get6 the deluxe room, well worth the money
Ask TJBo1 about Centra by Centara Hotel Mae Sot
1  Thank TJBo1

This review is the subjective opinion of a Tripadvisor member and not of TripAdvisor LLC.
CaribbeanFreunde
Cambridge
8696
Reviewed 15 April 2011
Convenient for a business stay - not sure about booking for holidays

I have been staying at the Centara in Mae Sot a few times on business trips now. It is probably unreasonable to expect more than what I have been finding in this part of the country. The rooms are clean and the furniture is OK, you even get a minibar in the room. The breakfast was also OK, albeit the chairs in this room really need replacing now. I like the airy entrance hall, clever design that allows open doors at all times and no need for air conditioning. Slow Internet connections in this hotel, do not try the computer provided in the hotel central area. One request: Please stop the Karaoke singing in the bar - its a lovely place, but one night a week singing would suffice ? Good room rates ensure the hotel is reasonable value overall.

This review is the subjective opinion of a Tripadvisor member and not of TripAdvisor LLC.
View more reviews
PreviousNext
1…171819…