“Absolutely Amazing!!”
UkpOXzdfR21L
other travellers have booked this property 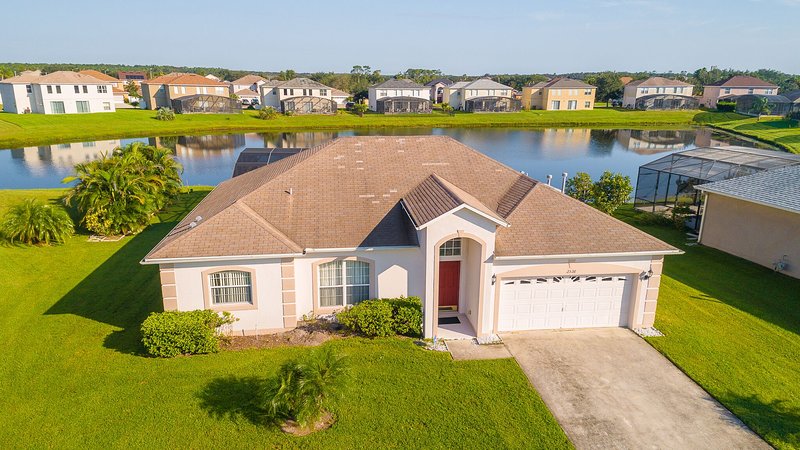 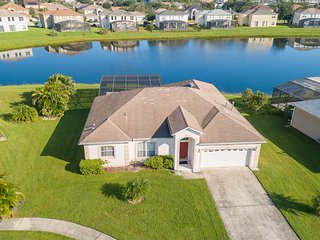 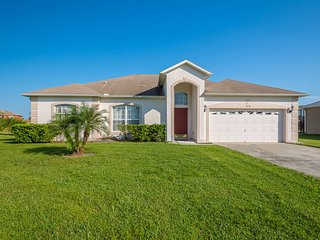 Excellent - based on 63 reviews
Write a Review

Plans having fell through with another rental, I was scrambling the week before our vacation to find a rental. Finding this rental was a breath of fresh air; Peter was amazing!The villa was everything that we could have hoped for and more. The villa was very clean and accommodating. The kids loved the pool! The game room was a wonderful addition. The villa was in a very nice location. Enough off the beaten path that we were not directly in the city, but close enough to area attractions that it did not take long to get to any of them. We will definitely book with Peter again when we plan another vacation. Any questions that I had were answered usually within the hour. Peter is a wonderful host.

Date of stay: June 2015
Liked best: We LOVED everything about the villa.
Travelling group: Young Children
Would you recommend this hotel to a friend?   Yes.
Recommended for:
Was this review helpful? Yes
This review is the subjective opinion of a TripAdvisor member and not of TripAdvisor LLC
Problem with this review? Thank you. We appreciate your input.

So youve read all the reviews & you know this beautiful lakeside villa is totally equipped with everything you could possibly need . But let me take you on a journey. Picture this. You've just woken from a peaceful nights sleep in a bed that dreams were made for. You wonder into the huge kitchen equipped with every single utensil you could ever wish for & make a cuppa. You step out of the patio doors onto the beautiful pool area & sit down on the soft comfortable chair to watch the sunrise over the breathtaking lake & all feels right with the world. As the warm sun starts to glisten over the lake you stop to take in the wildlife that surrounds you. A group of herons preaning themselves on the bank & the geese & ducks waddling up to say hello.. you decide to get the day started by having a swim in the clean , clear warm water of the pool & then to top it off relax in the spa tub. Your family start to wake from there slumber so you dry yourself off with one of the soft fluffy towels that are provided for you & jump into the huge shower to get ready for the day ahead. You don't have to travel far to enjoy the parks that are 16 mins down the road. But most days you will just want to stay in the absolute bliss that is this perfect lakeside villa. Every step of the way you can rest assured that pete the owner will answer every question you have & help you on your dream vacation in his beautiful home. And when you finally have to close the door & leave for home you find yourself wishing & hoping you can return again soon & if I could go back this year, I'd do it in a heartbeat... Thanks so much Pete you truly are a professional & at the top of your game .. & I thank you for making our stay so very comfortable. X lou x

Date of stay: June 2015
Was this review helpful? Yes
This review is the subjective opinion of a TripAdvisor member and not of TripAdvisor LLC
Problem with this review? Thank you. We appreciate your input.

A fabulous home from home villa. We could not fault anything. Fabulous location that is not too far from all the main attractions.

The villa was a lovely, confortable and relaxing after a long day at the parks and also great for spending the day by the poolside.

Excellent communication from the owner who couldnt do enough for us. We will most definately be booking again in the future.

Date of stay: August 2014
Travelling group: Teenagers
Your age range 35-49
Would you recommend this hotel to a friend?   Yes.
Recommended for:
Was this review helpful? Yes
This review is the subjective opinion of a TripAdvisor member and not of TripAdvisor LLC
Problem with this review? Thank you. We appreciate your input.

We stayed here for 10 nights at the beginning of April. It was our first trip to Florida and this Villa made the stay all the better. Great Location nice and quiet. The villa is very clean and the management company very helpful, if you ever need them. The pool is amazing, we could have spent all our time just being at the villa. Peter is a great owner and always has time for you. Highly recommend this villa. Thank you for a great stay Peter, we will be using your villa again.

Date of stay: April 2015
Liked best: The Pool
Liked least: Nothing
Travelling group: Spouse/Partner
Would you recommend this hotel to a friend?   Yes.
Recommended for:
Was this review helpful? Yes
This review is the subjective opinion of a TripAdvisor member and not of TripAdvisor LLC
Problem with this review? Thank you. We appreciate your input.

Canada
Reviewed 4 April 2015 for a stay in March 2015
4
people found this review helpful
Date of stay: March 2015
Travelling group: Young Children
Would you recommend this hotel to a friend?   Yes.
Was this review helpful? Yes
This review is the subjective opinion of an individual traveller and not of TripAdvisor LLC nor of its partners.
Problem with this review? Thank you. We appreciate your input.

We absolutely loved this villa, so much so that within a few days of staying there, we had decided to book again.. We have rented many properties over the last 30+ years and by far this has been one of the best locations. The villa was clean and spacious and the pool area superb and un-overlooked. The management company were the best we had ever dealt with, nothing was too much trouble.From our initial contact until leaving we found the owner extremely helpful in all matters.

We unreservedly would highly recommend this villa to everyone.

Date of stay: March 2015
Travelling group: Extended Family
Would you recommend this hotel to a friend?   Yes.
Was this review helpful? Yes
This review is the subjective opinion of a TripAdvisor member and not of TripAdvisor LLC
Problem with this review? Thank you. We appreciate your input.

Firstly, I would like to say how nice the setting of the villa is. It is a little far out but by far one of the nicest settings of villas we have stayed in. Lovely being able to look out at the lake in the morning and we saw lots of wildlife including alligators and turtles. The community isn’t gated but you have the extra security of the alarm.

For our experience. Firstly, we booked the villa knowing it was a little way out but this was reflected in the price for us. There was an initial problem with the deposit which resulted in the owner providing the BBQ free of charge for our stay.

We did have a problem with a few cockroaches. Only small ones but on arriving at the villa, a couple of these were running through the vents on the dishwasher. We contacted the management who sprayed the next day. Any seen after that, most were dead.

I was disappointed as there were only two barstools provided for the breakfast bar, both of which were unsafe to use. There was a large cigarette burn in the comforter in the main bedroom.

The air conditioning like many now in villas, is behind a box so you cannot tamper with them. However, in ones which we have stayed at before, they do allow you to move the temperature a few degrees up or down. We was unable to do on this one. We found that this was set to high. There are no ceiling fans but were portable fans in the garage which we used the whole time we were there but these were very noisy.

As with most American villas, they don’t have many ceiling lights and use lamps instead. This is fine, but hardly any of the lamps in the villa worked.

On leaving the property, it was requested that bedding was put into the washing machine. I did this on leaving and never gave it another thought. A couple of weeks later, I was contacted by the owner and said that I had overloaded the machine and therefore caused damage to the bedding which he was going to charge me for. I can neither confirm whether this is true or not but in any case, I think this should be put down to wear and tear. I was accused of being neglectful and silly. I have never been so insulted in all my life. I am a regular visitor to villas in Orlando and I have never come across an issue like this in my life. This caused a great deal of distress to me and my family and to be honest, for a minimal amount (£40).

Date of stay: October 2014
Travelling group: Spouse/Partner
Would you recommend this hotel to a friend?   No.
Recommended for:
Was this review helpful? Yes
This review is the subjective opinion of a TripAdvisor member and not of TripAdvisor LLC
Unfortunately I cannot read reviews before I can confirm that it is from someone who stayed at my Lakeside Villa the mention of creatures is just very nasty as this guest had to pay for damages they caused during their stay as you all can see from all the other reviews from guest before and after that there has never been any problems of this kind. To everyone who reads this review please disregard the negative comments as rubbish my Lakeside villa is only 20mins drive from Disney World and all of Disney`s other attractions
This response is the subjective opinion of the management representative and not of TripAdvisor LLC
Problem with this review? Thank you. We appreciate your input.
Previous Next
1 2 3 4 5 6 … 10
Updating list...
Still can't find what you're looking for?

Looking for a place to stay in Kissimmee?
View all 4,035 holiday rentals