“Beautifully renovated property with a lovely...”
WTlZXzEwMV94aWs=
other travellers have booked this property 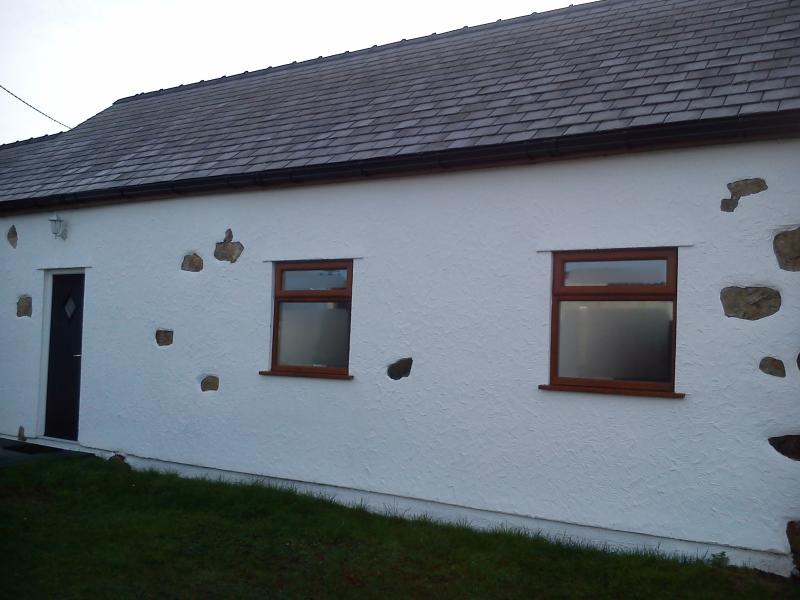 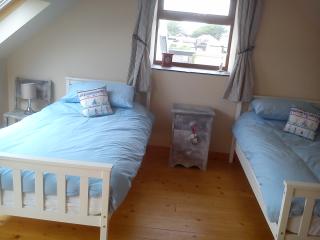 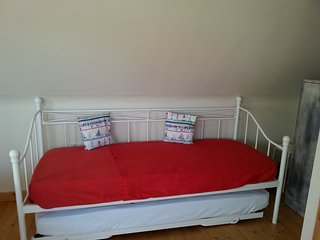 Excellent - based on 41 reviews
Write a Review

4 helpful votes
“Beautifully renovated property with a lovely location!”
Reviewed 24 June 2017 for a stay in June 2017

We have just come back from a 4 night stay in the Cow Shed and we thoroughly enjoyed it. Great location for visiting the island. The property itself is very clean and the owners have tried to think of everything to make it a comfortable home from home. Our dog Harry loved the garden, running around in a safe environment. We visited family whilst there and will therefore be looking to book again for the same time next year, I think we will have 7 nights next time though! I would definitely recommend the Cow Shed to anyone. The fresh eggs, milk and flowers were a lovely touch too.

Date of stay: June 2017
Would you recommend this hotel to a friend?   Yes.
Was this review helpful? Yes
This review is the subjective opinion of a Tripadvisor member and not of TripAdvisor LLC.
Thank you for your lovely review and look forward to seeing you all again soon, Debby and Brian
This response is the subjective opinion of the management representative and not of TripAdvisor LLC
Problem with this review? Thank you. We appreciate your input.

Ashford, United Kingdom
Reviewed 12 June 2017 for a stay in June 2017
Date of stay: June 2017
Was this review helpful? Yes
This review is the subjective opinion of an individual traveller and not of TripAdvisor LLC nor of its partners.
Thank you for your lovely review, it is much appreciated - only sorry that the weather wasn't a little bit sunnier

1
This response is the subjective opinion of the management representative and not of TripAdvisor LLC nor of its partners.
Problem with this review? Thank you. We appreciate your input.

We stayed here for a few days , having stayed in many places in Rhosneigr we found this house to be nice and clean and within easy reach of Rhosneigr but you will need a car. The Oyster catcher is walkable but not for those who find walking difficult.
There are just a few comments about the accomodation, the en suite shower is very small and isn't suitable for a large adult, the floor boards make such a creak walking around at night or early morning wakes everyone, the train that goes past in the morning also wakes you if the window is open, we weren't told about this nor were we told about the neighbours so close. We were led to believe that it was a small holding so was expecting to be surrounded by fields not houses and caravans.
Wardrobes or a chest of drawers in the bedrooms would be better suited than the cupboards that are in there now , we were unable to hang the children's clothes as the hangers were too small for their clothes plus not enough space for 3 sets of childrens clothes.
A Barbecue wouldn't go a miss in the garden.

Date of stay: May 2017
Would you recommend this hotel to a friend?   Yes.
Was this review helpful? Yes
This review is the subjective opinion of a Tripadvisor member and not of TripAdvisor LLC.
Your booking was for two children and two adults but we willingly, at short notice,accepted your bringing your stepson too, making a total of five, for which no extra cost was made. The train line is over half a mile away and we would never have thought to warn visitors of the noise of the (infrequent) trains as it has never been an issue to anyone that we know of. We do say that check in is from 3.00pm but your early arrival obviously meant that you were unaware of that.
Our property is a smallholding of 10 acres, there are a few houses and four (privately) owned caravans not far from the cottages. The Dairy also adjoins the Cowshed and we had to appease the guests in there when your children climbed the fence to retrieve a ball from the private garden. Adults and children's hangers are supplied, as is a barbecue, as we say to all our guests if you need anything, please ask.
This response is the subjective opinion of the management representative and not of TripAdvisor LLC
Problem with this review? Thank you. We appreciate your input.

Well located for exploring Anglesey and North Wales,with Snowdon an easy drive. Pet friendly with safe enclosed garden. Lovely accomodation, clean, well equiped, exactly what we needed. Having never visited Anglesey before, would highly recommend both the area with its stunninng beaches and the accomodation.

Date of stay: April 2017
Would you recommend this hotel to a friend?   Yes.
Was this review helpful? Yes
This review is the subjective opinion of a Tripadvisor member and not of TripAdvisor LLC.
Glad you enjoyed your time on Anglesey and hope you are able to spend more time here in the future. Many thanks, Debby and Brian
This response is the subjective opinion of the management representative and not of TripAdvisor LLC
Problem with this review? Thank you. We appreciate your input.

Our family of 4, with 2 boys aged 4 years & 8 months, enjoyed a lovely holiday on Angelsey, staying at The Cowshed.

Both Debby & Brian gave us a very warm welcome & the cottage was both spacious & cosy with the little finishing touches that made us feel at home.

Brian & Debby were very generous in meeting our request for a mat in the living room to enable us to lay down our baby comfortably (who was not yet sitting!), providing eggs & milk for our arrival, & with their time when sharing their knowledge of local attractions & giving clear directions when needing to take our baby to A&E!

The cottage is well located for exploring Angelsey. 4 nights were just not enough!

Date of stay: April 2017
Was this review helpful? Yes
This review is the subjective opinion of a Tripadvisor member and not of TripAdvisor LLC.
Thank you so much for your review, it is much appreciated and we look forward to you being able to explore Anglesey further. Many thanks, Debby and Brian
This response is the subjective opinion of the management representative and not of TripAdvisor LLC
Problem with this review? Thank you. We appreciate your input.

Just spent a lovely weekend at the "the cowshed" we arrived late on the Friday and were made to feel welcome straight away by the owner Debby.....who had also left us some lovely fresh eggs and milk for us to use over the weekend...we found the property to be very cosy and very clean with ample space for the four of us and our little dog who thoroughly enjoy the little garden which was all fenced in so he couldn't escape.......the weather for the weekend was absolutely amazing with sunshine on both the Saturday and Sunday, with the rain being confined to the night time.We had arranged with Debby to leave later on the Sunday which meant that we could have a leisurely Sunday morning having a lovely breakfast and really enjoying the relaxing time in the garden as the sun was beaming down on us....We really didn't want to leave but unfortunately all good things must come to an end..but we are already looking at when we can come back to the cow shed and enjoy some more of the beautiful isle of angelsea.......thank you Debby and Brian for allowing us to use your beautiful cottage

Date of stay: April 2017
Was this review helpful? Yes
This review is the subjective opinion of a Tripadvisor member and not of TripAdvisor LLC.
Thank you so much for your lovely review, we are so glad you enjoyed your stay and look forward to your return - if you could bring the glorious sun it would be better still!! (and the delicious cheesecake you left us!!!). Debby and Brian
This response is the subjective opinion of the management representative and not of TripAdvisor LLC
Problem with this review? Thank you. We appreciate your input.
Previous Next
1 2 3 4 5 6 …
Updating list...
Still can't find what you're looking for?

Looking for a place to stay in Rhosneigr?
View all 80 holiday rentals