A TOTAL NIGHTMARE!!! DON'T BOOK AND IF YOU HAVE, CANCEL!!! - Review of Daruma villa in Batu Belig Seminyak 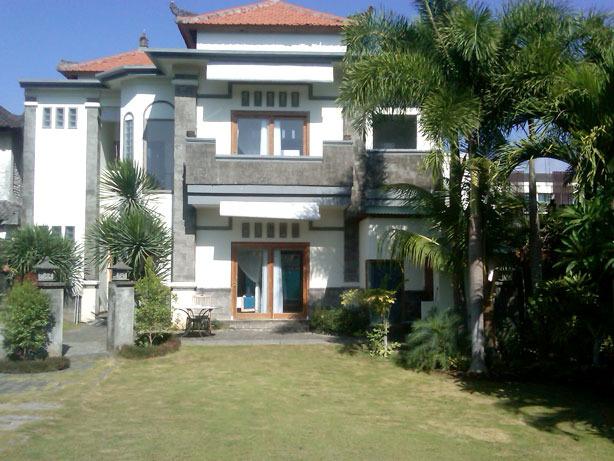 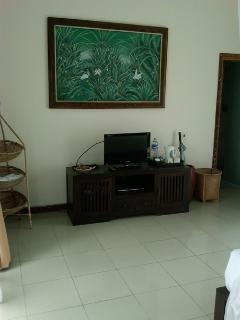 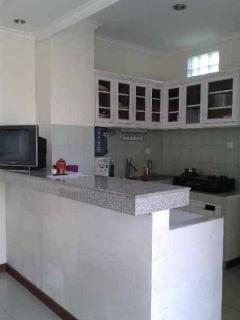 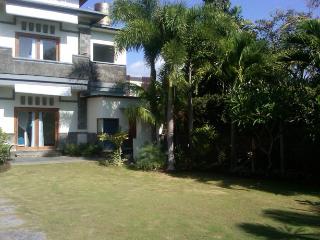 Terrible - based on 2 reviews
Write a Review

A total nightmare. Arrived late to a very run down "villa" (if you can call it that) in the middle of nowhere. My family which included three adults, two children and one infant arrived just after midnight to a very hot and open villa. We entered what we found to be the "living area" which is a small space taken up by a large dining room table and a fan that didn't work. The kitchen behind it was more than filthy with dirty dishes in the sink with taps that were falling off. There was boxes and cleaning equipment strewn all over the place - it was like they were living there while no-one was there. This small space looked over a very small pool that looked dirty and calcified and the water was terribly murky and smelly. I couldn't even let me kids cool off in it. The room downstairs had a door that was not locking properly, an airconditioner that only worked after sunset because the sun shone right on it all day long making it extremely hot and was really dull and not well lit. On opening the bathroom door a few cockroaches ran out at us and the blinds have cracks in them so if anyone is outside they can see in while you're showering or on the loo. The spa tub is disgusting! The taps are calcified and falling apart, I can't even describe how filthy and falling apart the shower was and the water that came out of it was putrid and yellow! The toilet was dirty and disgusting and broken after one flush which it struggled to do. Up very narrow stairs are two other rooms which at first look quite nice. Then you find the visiting cockroaches, one had an airconditioner that wasn't working as well. They told us that they were going to fix it "maybe" the next day and pointed to the new airconditioner boxed up downstairs. The toilets were filthy, yellow, black and fallling apart and the water again from the showers smelt and looked putrid. One bathroom didn't even have a window!

Date of stay: March 2016
Travelling group: Extended Family
Would you recommend this hotel to a friend?   No.
Was this review helpful? Yes
This review is the subjective opinion of a TripAdvisor member and not of TripAdvisor LLC
Problem with this review? Thank you. We appreciate your input.

Date of stay: January 2016
Would you recommend this hotel to a friend?   No.
Was this review helpful? Yes
This review is the subjective opinion of a TripAdvisor member and not of TripAdvisor LLC
Problem with this review? Thank you. We appreciate your input.

Travellers are raving about these Kerobokan hotels

Looking for a place to stay in Kerobokan?
View all 236 holiday rentals