From a Seasoned Traveler: One of the Top Three Hosts on the Big Island! - Review of Spacious Retreat in Kona

“From a Seasoned Traveler: One of the Top Three...”
Q0hDXzIwX0ptaQ==
other travellers have booked this property

Review of Spacious Retreat in Kona 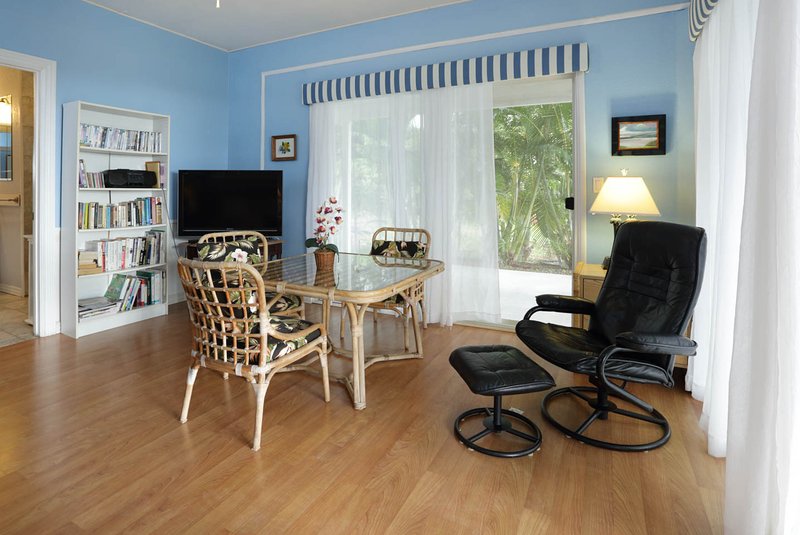 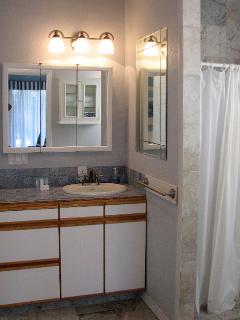 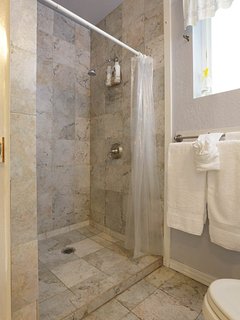 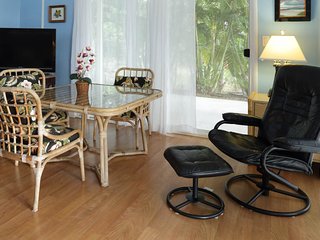 Excellent - based on 28 reviews
Write a Review

8 helpful votes
“From a Seasoned Traveler: One of the Top Three Hosts on the Big Island!”
Reviewed 24 August 2013 for a stay in August 2013
2
people found this review helpful

I stayed with Caryl for almost a month, originally I had plans to split my vacation by staying in two different ohanas in different parts of Kona, but I found that I really liked the calming interior of the suite at Caryl's so I ended up staying with her for the majority of my time here in Kona. The location was superb: It is only one block away from Kona airport, I don't have to drive far after getting off an airplane to get to Caryl's place. It is also close to downtown Kona, I can have my "city convenience" from gas, groceries, restaurants, bakery for breakfasts, ATM machines, post office, pedicure salon, same-day massage service, the Apple store all within ten minutes of driving. I like having the convenience near by and still have a tranquil space to drive back to at the end of the day. Caryl's Ohana offers both convenience and relaxation and it works very well for a city person who has city needs but also wants a bit of an escape from the city life. Caryl is one of the best hosts I have met on the Big Island, I have lived in Hilo (the other side of the Big Island) and I've met enough hosts on both side of the Island to know that she is definitely one of the top three hosts to stay with: she is detail-oriented and that for me gives me peace of mind as a seasoned traveler.

Date of stay: August 2013
Liked best: Location
Travelling group: Solo
Would you recommend this hotel to a friend?   Yes.
Recommended for:
Was this review helpful? Yes
This review is the subjective opinion of a TripAdvisor member and not of TripAdvisor LLC
Problem with this review? Thank you. We appreciate your input.

We loved our stay at Caryl's Ohana in the hills above Kailua-Kona. Great location just 10 minutes from the airport (no airplane noise at all), and close to town, shopping, etc. Also close to the charming village of Holualoa. Caryl was very friendly, provided delicious fresh local fruit, and provided lots of helpful information. We had a wonderful hike into the Pololu Valley and visit to Hawi because of her suggestion. Caryl's Ohana is a great value for what you get, including fully furnished kitchen with fridge, nice modern bathroom, and access to washer and dryer. We loved our one-week stay and Caryl helped us see and do everything we wanted to on the Big Island. Highly recommended.

Date of stay: July 2013
Travelling group: Spouse/Partner
Would you recommend this hotel to a friend?   Yes.
Recommended for:
Was this review helpful? Yes
This review is the subjective opinion of a TripAdvisor member and not of TripAdvisor LLC
Problem with this review? Thank you. We appreciate your input.

CA
Reviewed 12 July 2013 for a stay in June 2013
3
people found this review helpful
Date of stay: June 2013
Would I recommend this holiday rental to my best friend?
Was this review helpful? Yes
This review is the subjective opinion of an individual traveller and not of TripAdvisor LLC nor of its partners.
Problem with this review? Thank you. We appreciate your input.

Date of stay: October 2018
Would you recommend this hotel to a friend?   Yes.
Was this review helpful? Yes
This review is the subjective opinion of a TripAdvisor member and not of TripAdvisor LLC
Aloha Jesus,
Gracias por sus amables palabras. ¡Esperamos que vuelvas a vernos pronto!
Caryl
This response is the subjective opinion of the management representative and not of TripAdvisor LLC
Problem with this review? Thank you. We appreciate your input.
Previous Next
1 2 3 4 5
Updating list...
Still can't find what you're looking for?

Looking for a place to stay in Kailua-Kona?
View all 930 holiday rentals