“Ms”
cTB5XzczX3ZmNw==
other travellers have booked this property 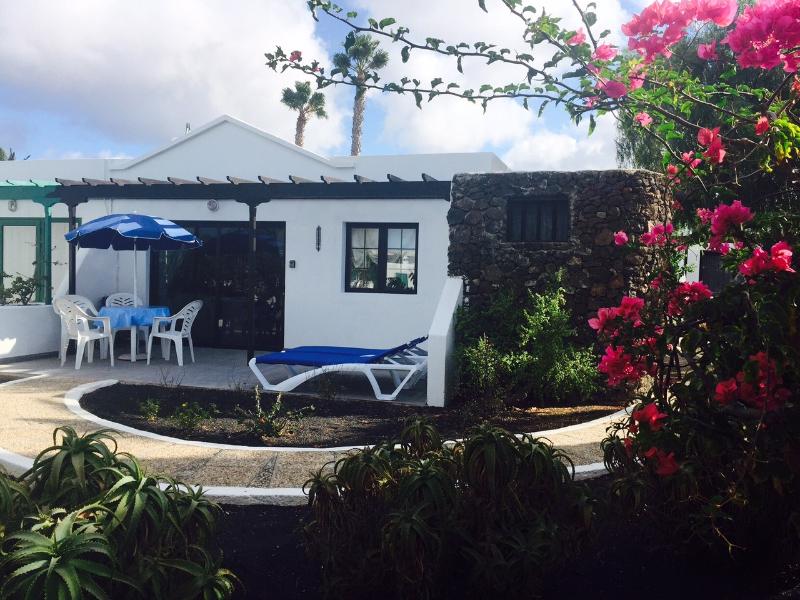 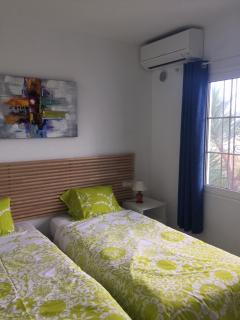 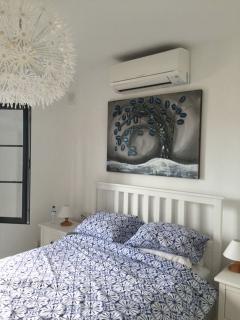 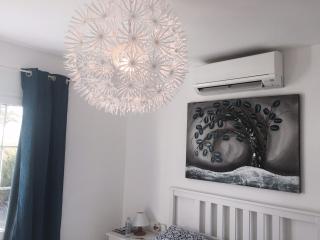 Average - based on 26 reviews
Write a Review

We had issues that spoilt our holiday resulting in our stay being cut short by two weeks. Not the owners fault as he had paid for a service that he did not receive, and had paid them in good faith. We understand that most of these issues have now been sorted. We did however receive a partial refund. The weather didnt help as it was exceptionally windy, and our TV restricted to the God Chanel.
However the biggest disappointment was by the booking platform TripAdvisor Holiday Lettings Ltd who we paid our credit card payments to, for whom we had turned to for help only to find that our credit card rights had been disadvantaged meaning that section 75 of the credit card act which should have protected us gave us no protection because the payment does not go direct to the owner, meaning you have no debtor creditor agreement which is designed to protect you in the event of a bad purchase or issues and that Holiday Lettings own rules, also meant that they gave no protection either. So all I can say is Buyer beware read Holiday Lettings rules and small print to avoid the same issues.

Date of stay: December 2016
Would you recommend this hotel to a friend?   No.
Was this review helpful? Yes
This review is the subjective opinion of a TripAdvisor member and not of TripAdvisor LLC
4 star review a week or so before to 1 star it all seems a bit odd to us so we flew over to find out and guess what everything was fine no insects €80 spent with a local decorator and all done but we did change a few things !
1. New grey covers sofa and new cushions new lamps x 5
2. New Satellite
3. New Washer ( although the other worked fine but has a low spin rate )
4 New TV
5 New wi-fi
6 New Pannelling on all walls
7 New Cleaners and maintenance ( husband and wife who live local and are very handy )


Pat & Gill
This response is the subjective opinion of the management representative and not of TripAdvisor LLC
Problem with this review? Thank you. We appreciate your input.

Reviewed 21 November 2016 for a stay in November 2016
Date of stay: November 2016
Was this review helpful? Yes
This review is the subjective opinion of an individual traveller and not of TripAdvisor LLC nor of its partners.
Thanks so much for the review I'm so glad you had a lovely break

PW
This response is the subjective opinion of the management representative and not of TripAdvisor LLC nor of its partners.
Problem with this review? Thank you. We appreciate your input.

We stayed here for 10 nights in September.

The complex is tired looking and in need of some repair, especially to the road in and the car park, both of which are full of potholes. The car park was used by the builders who are working on the Iberostar Hotel refurbishments across the road. While this was inconvenient it will pass once the work is finished. We didn't use the swimming pool but the area round the pool is also in a bit of disrepair and there are no usable sunbeds or umbrellas.

The bedrooms are fairly standard Lanzarote accommodation bedrooms with large built in wardrobes with wooden doors. There was a safe inside one of the wardrobes and the key was provided at no extra charge. Both bedrooms had air conditioning and the beds were very comfortable. We didn't get a linen or towel change during our stay.

The living room was adequately furnished, with 2 sofas, although the sofas are getting dated. There is a flat screen TV with an android box, a satellite box and a DVD player attached. There is also a 4g wifi router. The satellite box didn't show any decent channels, the Android box didn't work properly most of the time and when it did it depended on the 4g signal going into the router. Some nights it worked but most nights it just buffered or simply didn't work. The wifi/4g was fine for the first few days but completely lost the 4g signal for the last few days we were there. We didn't use the DVD player so can't comment. The living room also had air conditioning and we used it a lot.

The kitchen area was very small and poorly equipped. It had a 2 ring electric hob, a microwave oven and a similar sized oven/grill. Under the breakfast bar was a very small fridge. We made lunches there but you would never attempt a family meal.

The patio was a decent size and had a table and 4 chairs with a parasol and 2 comfortable sunbeds. The table and chairs had seen better days but we spent many hours sunbathing. You get the sun on the patio from about 9am until it sets.

The main plusses were the comfortable beds and modern shower and the patio area. The downside was mostly the wifi/TV combination which was frustrating to use and didn't work most of the time we were there and the fact we didn't get clean towels or linen during our 10 day stay, we had to wash them ourselves.

A nice villa but quite overpriced considering the lack of working TV/wifi.

Date of stay: September 2016
Travelling group: Spouse/Partner
Would you recommend this hotel to a friend?   No.
Was this review helpful? Yes
This review is the subjective opinion of a TripAdvisor member and not of TripAdvisor LLC
Thanks we have spent time and money putting new windows in new bathroom new beds granite work tops and use it ourselves and picked the bungalow for its close procimity to the beach and a short walk to the beach we are over in november and will replace all covers on the sofa and upgrade the TV much appreciated pw
This response is the subjective opinion of the management representative and not of TripAdvisor LLC
Problem with this review? Thank you. We appreciate your input.

Wetherby, United Kingdom
Reviewed 22 August 2016 for a stay in August 2016
Date of stay: August 2016
Liked best: The air con
Liked least: The whole area of the complex: outdated, dirty and ugly
Travelling group: Young Children
Would you recommend this hotel to a friend?   No.
Was this review helpful? Yes
This review is the subjective opinion of an individual traveller and not of TripAdvisor LLC nor of its partners.
We are going on wed and my wife has OCD !
It all started when we had a problem with a cleaner :
The cleaner missed the property on one visit and obviously this caused a problem with the customer and that kick started a few negative reviews which is a shame as we pride ourselves on trying to accommodate everyone and have acted on certain constructive points i.e. table etc we put air con in every room paid for good quality beds news sofas new windows etc and we had wifi installed but this is limited to 30GB which is plenty for browsing but if you watch films back to back on the internet box it may run out , although it is our internet box and not mentioned in the add , the last review 4 star is a fair reflection 2 customers booked the wrong place as it is quiet and they thought it was a busy complex with a bar etc ( just what we do not want ) as plenty going on on main strip so they took it out on me and my wife .
the washer only spins at 400w so we will buy a new one next week , and it has been painted again last week and we pay a substantial regular fee to keep in nice .

I hate cockroaches and yes you get the odd one i have seen one in 10 visits ( spray under sink for insects etc but very few ) we had someone who was allergic to any form of chemical spray honestly we have had them all !!!

thanks pw
This response is the subjective opinion of the management representative and not of TripAdvisor LLC nor of its partners.
Problem with this review? Thank you. We appreciate your input.

3 helpful votes
“Perfect location, clean , comfortable and safe, everything you need for a great family holiday”
Reviewed 28 July 2016 for a stay in July 2016
1
person found this review helpful

Excellent service from start to finish. I would highly recommend this accomadation. We are a family with a 2 yr old and 7 yr old. The bungalow had everything we needed, was comfortable and clean. The air conditioning and tv with DVD player was perfect.
The location is perfect for local shops, restaurants and Flamingo beach which is amazing for families.
We had a truly great week.

Date of stay: July 2016
Would you recommend this hotel to a friend?   Yes.
Was this review helpful? Yes
This review is the subjective opinion of a TripAdvisor member and not of TripAdvisor LLC
We appreciate your comments and we are glad you had a comfortable stay thanks again !
Patrick & Gill
This response is the subjective opinion of the management representative and not of TripAdvisor LLC
Problem with this review? Thank you. We appreciate your input.

Date of stay: April 2016
Travelling group: Spouse/Partner
Would you recommend this hotel to a friend?   Yes.
Was this review helpful? Yes
This review is the subjective opinion of a TripAdvisor member and not of TripAdvisor LLC
Thanks im so glad you enjoyed your stay .

Pw
This response is the subjective opinion of the management representative and not of TripAdvisor LLC
Problem with this review? Thank you. We appreciate your input.
Previous Next
1 2 3 4
Updating list...
Still can't find what you're looking for?

Looking for a place to stay in Playa Blanca?
View all 861 holiday rentals