US$44
View deal
Booking.comUS$81
Trip.comUS$83
PricelineUS$46
View all 12 deals
Prices are provided by our partners, and reflect nightly room rates, including all taxes and fees known to our partners. Please see our partners for more details.
Payments made by partners impact the order of prices displayed. Room types may vary.
KMJUK
Reading, United Kingdom
6541

All very very average - but pleasant

Pleasant enough clean room, ‘okay’ breakfast but no ambience and no incentive to spend any time there apart from to sleep and to eat the provided breakfast. Staff were clinical but efficient at check-in and check-out, quick to get us a trike if needed. Didn’t see anyone in the pool or poolside in the time we were there. The hotel sadly fails to provide charm/a local touch or the boutique/designer persona it seems to be attempting.

Location was good, easy to trike or walk into Coron, but won’t be rushing back. Nothing to write home about.

Trip type: Travelled as a couple
See all 147 reviews
Payments made by partners impact the order of prices displayed. Room types may vary.
Nearby Hotels 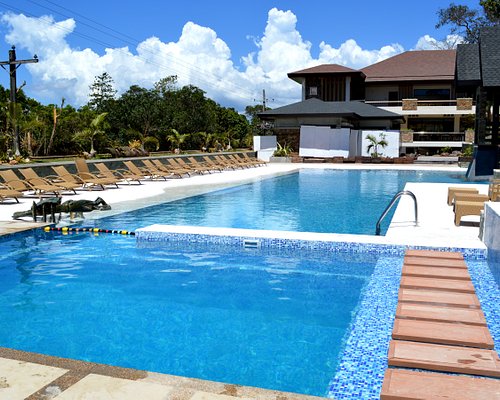 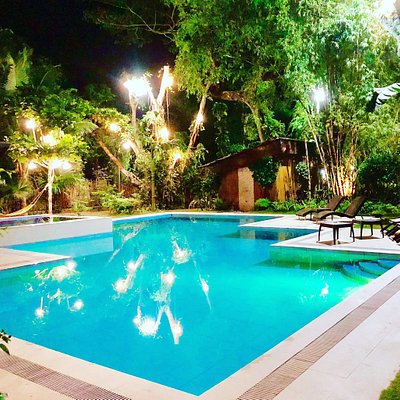 Hotels.com
View deal
Expedia.com
US$103
Agoda.com
US$73
Booking.com
US$113
View all 14 deals from US$73
241 reviews
1.7 miles from Coron Bluewave Hotel
We compared the lowest prices from 14 websites

Breakfast included
The Funny Lion
US$103

Expedia.com
View deal
Pay up to 12X
Hotels.com
US$151
Hotel Website
US$102
Booking.com
US$128
View all 15 deals from US$101
120 reviews
1.0 miles from Coron Bluewave Hotel
We compared the lowest prices from 15 websites
Breakfast included
Coron Bancuang Mansion
US$48

Expedia.com
View deal
Free cancellation
Pay up to 12X
Trip.com
US$120
Agoda.com
US$36
Hotels.com
US$48
View all 12 deals from US$36
218 reviews
0.6 miles from Coron Bluewave Hotel
We compared the lowest prices from 12 websites
Top Rated
Great value today
Sponsored
La Natura Resort
US$73

Trip.com
View deal
Free cancellation
Booking.com
US$110
Agoda.com
US$60
eDreams
US$110
View all 14 deals from US$60
299 reviews
1.2 miles from Coron Bluewave Hotel
We compared the lowest prices from 14 websites
Breakfast included
Corto del Mar Hotel
US$128

Hotels.com
View deal
Pay up to 12X
Expedia.com
US$128
eDreams
US$96
Booking.com
View all 14 deals from US$96
439 reviews
0.2 miles from Coron Bluewave Hotel
We compared the lowest prices from 14 websites
Breakfast included
Coron Ecolodge
US$80

Expedia.com
View deal
Free cancellation
Pay up to 12X
Hotels.com
US$81
Agoda.com
US$58
Trip.com
US$68
View all 15 deals from US$58
640 reviews
2.2 miles from Coron Bluewave Hotel
We compared the lowest prices from 15 websites
Breakfast included
Sunlight Guest Hotel

Staff were great when helping to organise things, but the room was pretty average. Clean room, but quite outdated/ old, and beds were like an ironing board. The included breakfast was okay, but not great. Overall, a bit so so.

This review is the subjective opinion of a Tripadvisor member and not of TripAdvisor LLC.
up_sha
Manila, Philippines
1868
Reviewed 3 January 2019 via mobile
Excellent hotel staff

It's probably the smarter hotel choice in town. Quiet. Walking distance to town. Sorroundings and pool area are kept clean all the time. Rooms are just ok for the price. Nothing luxurious. Beds are comfortable and are of american sizes and standards. Bath drains needs fixing. Airconditioning is small for the room size. Generous serving for breakfast. Not the best but not bad either. Great view on the 3rd floor.

Hotel staff were more than helpful and our stay was pleasant and comfortable. They attended to our needs even at 2AM when a family member felt ill. In terms of having our needs met, from pool towels, welcome drinks, baggage handling, restaurant, personal wake up call, security, housekeeping - great. No complaints. They are the best asset of this hotel and their service exceeded my expectation.

This review is the subjective opinion of a Tripadvisor member and not of TripAdvisor LLC.
JoPullan
Dartford, United Kingdom
12260
Reviewed 14 December 2018 via mobile
Bit pricey and needs work

So we arrived at Bluewave after, as per a previous guest comment, we got squashed in the van to bring us to the hotel. We are both over 6ft and could not move after being jammed in. The van was over crowded and dropped at lots of hotels before ours. When we arrived, the staff were the first sign of a welcoming hotel. They were friendly and helpful and this continued throughout our stay. The room wasn’t how it would seem from the pictures. The room was not clean when we arrived. Hairs in the shower, rubbish left in the bathroom we had to clear away. The shower was hanging off and so you couldn’t have a shower without holding the shower head. We chose not to have our room cleaned more than once during our seven day stay as we did not see it would be of benefit when we arrived in an unclean room. We just asked for new towels and sheets and did it ourselves! There are a lot of ants, and we didn’t eat in our room...but we are in the Philippine’s so we weren’t too worried about this. The other annoying thing was there was no where to store your luggage. It was strange. Just a couple of chairs to put things on to keep them off the floor. The WiFi was also very poor. Not too worried until we were sick for two days and confined to the room! It was because of these things that we felt like the hotel could do with a a bit more tlc and that it was slightly over priced compared to other hotels we saw. There are a lot of positives to the hotel. The restaurant view, the breakfast, the staff, the pool. Also, the external parts of the property are kept really nice and clean. Lastly, the massage I had was so great...you have to give it a try! We did enjoy our stay, just needs work we feel.

This review is the subjective opinion of a Tripadvisor member and not of TripAdvisor LLC.
Mon J
5945
Reviewed 6 December 2018 via mobile
Better hotel than other 3 star hotels

Comparing to other 3 star hotels in Coron i would say is this better than most of the 3 star hotels in there. Family room is spacious but some of the pain is falling off. Towels smells quite fast. Food is okay but the waitress keeps on forgetting our orders. View from the restaurant is fantastic. Poor wifi connection/signal.

This review is the subjective opinion of a Tripadvisor member and not of TripAdvisor LLC.
248esterm
Sydney, Australia
11519
Reviewed 4 December 2018 via mobile
Nice hotel but rooms need some changes

The location is great as it’s nearby the shops and restaurants.The room had ants (and they knew about it as there was a paper saying they can get aggressive if leaving foods out) and the sink and mirror of the bathroom was about to fall.
The pool was big but water was cold and the breakfast was fine,you gotta order it the previous night.
Staff was acoomodating and helpful.