StayForLong
eDreams
Prices are provided by our partners, and reflect nightly room rates, including all taxes and fees known to our partners. Please see our partners for more details.
Payments made by partners impact the order of prices displayed. Room types may vary.
matthewj599
4

The slowest internet in the world, don't pay the extra for the "premium fast internet ". It's less than 1 Mbs download and same for the upload.
The night porter is also the rude, and extremely unhelpful.More

Thank you for taking the time to review our property. Guest comfort and satisfaction are of the utmost concern to us and our hotel is committed to making every possible effort to provide comfortable, clean, and superior accommodations. It seems that we were not able to execute an exemplary hotel stay experience due to the internet connection and the level of customer service received. Please accept our sincere apologies for any inconvenience these may have caused you. Kindly be assured that we treat these matters seriously so we sent you a private message to obtain additional information regarding your stay.

I look forward to hearing back from you very soon and be of further assistance.

Report response as inappropriateThank you. We appreciate your input.
This response is the subjective opinion of the management representative and not of TripAdvisor LLC
See all 673 reviews
Payments made by partners impact the order of prices displayed. Room types may vary.
Nearby Hotels 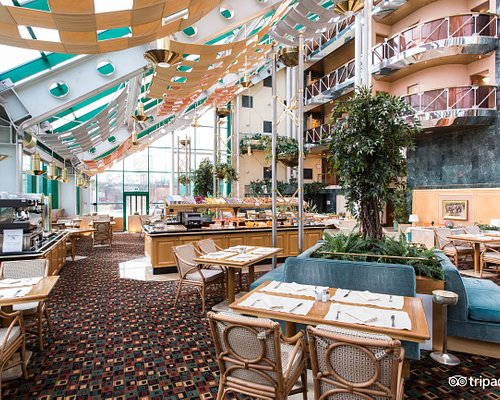 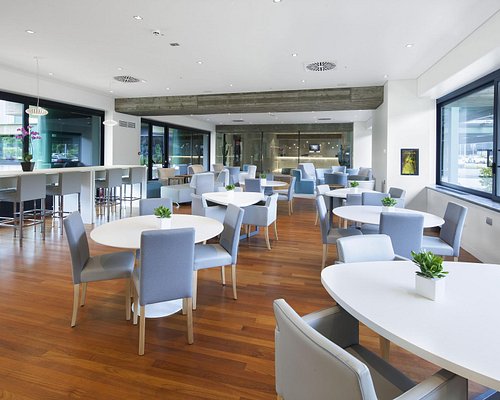 Our room was spacious clean and fresh. There was a choice of pillows! Water in fridge . Good bathroom very good shower and soaps etc.
Tea and coffee facility.
For an overnight stop it was very good .it was just off the motorway so very easy to continue our journey.
The breakfast was excellent and plenty of choices.
Friendly staff from reception to bar. It was also very quiet.

This review is the subjective opinion of a Tripadvisor member and not of TripAdvisor LLC.
kjbrim69
Great Malvern, United Kingdom
1
Reviewed 21 August 2016 via mobile
Fab hotel

Hotel was comfortable and very clean. Staff made us feel very welcome. For what the restaurant had to offer it was great value for money with great service.
On the down side hotel quite far from city centre but easy access from metro with free shuttle from hotel. Taxi is very expensive.

This review is the subjective opinion of a Tripadvisor member and not of TripAdvisor LLC.
LeaS1002
1
Reviewed 10 August 2016
Not satisfied

Room was ok. Location was quite far from the city. No available public transport. Taxi will cost around 25 euros one way. Incomplete ammenities. Reception was not friendly. Swimming pool was closed. Malpensa airport will cost you 120 euros.
Definitely not a place to stay.

Thank you for taking the time to express your thoughts and concerns about your recent stay. I would like to apologize for any inconvenience caused by the hotel location, amenities and pool schedule during your stay and I am sorry if the staff service you received was not up to the standards you expect. I have sent you a private message to obtain additional details regarding your stay. We hope to hear from you soon and be of further assistance.

Once again thank you for your review which will be used to make further improvements. We hope to host you again on future travel needs.

Report response as inappropriateThank you. We appreciate your input.
This response is the subjective opinion of the management representative and not of TripAdvisor LLC
Johny1068
Dhahran, Saudi Arabia
152
Reviewed 5 August 2016 via mobile
Good family hotel

A three star hotel located less than 9 km south west of Milan. It is surrounded by green farmland and is very quiet. A big shopping centre with Carrefour is only 5 minute drive away. I am very impressed with the breakfast which includes freshly squeezed orange juice.

This review is the subjective opinion of a Tripadvisor member and not of TripAdvisor LLC.
D1109NWsamt
Bournemouth, United Kingdom
614
Reviewed 5 August 2016 via mobile
Simply Adequate

Just got back from a 2 night stay in the Holiday Inn Assago.
The hotel staff were polite, friendly and welcoming upon arrival and our room was very clean.
As others have mentioned the hotel is a fair way out of Milan and a few miles from the metro station. During a couple of hours in the morning and at night the hotel run a free shuttle to and from the metro. This is a particularly helpful service. However, If you miss the shuttle a taxi from the metro to the hotel is around €10.
The swimming pool is covered and not open to guests and the hotel itself was very quiet.
We ate at the hotel one night for a quick late night meal having lunched in Milan. The food was mediocre and would recommend for snacks and quick meals, but if you can eat in and around Milan I'd recommend not eating at the hotel.
On our first night somebody was given the wrong key and walked into our room while we were asleep. The next morning we raised it with reception and it was clear they knew, but were unapologetic and just said there was something wrong with the computer!

Despite the late night walk in, which probably was just an admin error somewhere along the line. The hotel was perfectly adequate for a cheap few days away. However, not somewhere I would rush to return to if we revisit Milan.

Thank you for your feedback regarding your stay at Holiday Inn Milan Assago. We take our guest comments very seriously and always strive to provide comfortable and friendly accommodations. We appreciate your nice comment about our staff being polite and cleanliness.

However, we’re sorry we fell below your expectation regarding the swimming pool, food selection and front desk service. We will address these concerns. We take all reviews positive and negative very seriously, and your feedback will help us improve for our next guest or your next visit.

Report response as inappropriateThank you. We appreciate your input.
This response is the subjective opinion of the management representative and not of TripAdvisor LLC
View more reviews
PreviousNext
1…678…
<script type='text/javascript' crossorigin='anonymous' async onerror='__scri