Topics include Transportation, Things to Do, Dining Scene & more! 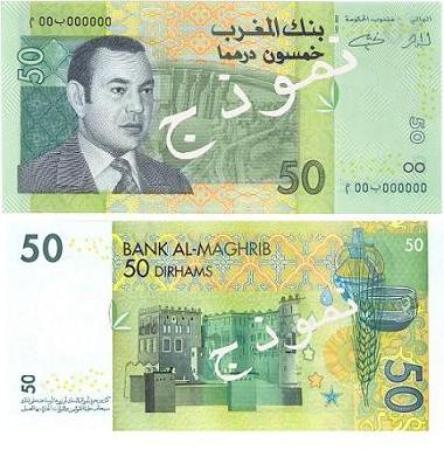 The Dirham is officially designated as a closed currency meaning it can only be traded within Morocco , however, Dirhams are being sold and bought in travel agencies and at major airports in several countries. The import and export of the currency is tolerated up to a limit of 1000DH. Currency purchased during a visit to Morocco should be converted back before departing the country, with the exception of the 1000Dh level. Travellers should be advised to keep the receipts of currency exchange, as these will be required for the conversion of Dirham back to foreign currency prior to departure and before you go through passport control. You can change as many Dirhams as you have left.  At Marrakech airport the exchange rate is very similar to that in the town centre, so there is not much loss in waiting to the last minute to change your remaining Dirhams. At Casablanca airport, the exchange rate applied by the companies working out of the luggage belt area is way more favourable than the one applied in the luggage belts area.

The rather grim snack area downstairs at Casablanca airport Terminal Two departure lounge has gone forever and has been replaced by a set of new international cafes and restaurants, such as the French chain Paul, on the concourse level. These accept dirhams as does the new Table du Marche restaurant by the old La Pausa bar.  Similar outlets in Marrakech airport also accept dirhams past security, though duty free shops will not accept Dirhams at any airport in Morocco.

Most of the main foreign currencies may be exchanged at a Bureau de Change in the airport or port upon arrival, at a bank and in most hotels although smaller hotels in more remote areas may not be able to exchange large amounts at one time without prior notice.

Most hotels will exchange at the same rate as banks and without charging commission. Exchanging money in the street is illegal, so travellers should look for an official Bureaux de Change which is identifiable by a golden sign.

When bringing paper currency into Morocco (U.S. Dollars, British Pounds, Euros etc.), these must be in good condition--no tears or ink marks. Do not bring Scottish, Gibraltar or Northern Irish Sterling notes as they are impossible to cash, as are Australian and New Zealand notes and Singapore Dollars.  Beware of bringing in brand new designs of banknotes, for example when the Bank of England introduced the new 'Adam Smith' £20 note in March 2007, the Moroccan banks would not change them as their records only showed the older, and at that time still legal, 'Sir Edward Elgar' £20 notes.  Similar situation in 2016 with the new 'Winston Churchill' polymer-based £5 notes.

For visitors from outside the Eurozone, there is little point converting your home currency into Euros (€) only to exchange these into Dirhams. Some travelers frequently ask if they should convert, say, $U.S in € only to exchange € into Dh on arrival in Morocco. There is no point doing this as $U.S are accepted for exchange in Morocco. Whilst the paragraph above mentions currencies which should not be taken into Morocco, it may be read that other major world currencies are accepted.

Don't bring coins in your currency to use as tips as they are hard for the locals to exchange and they get a very poor rate of exchange so have to pester other tourists to try and change them.

Some shops, Riads/hotels and especially restaurants quote prices in Euros and Dirhams; in the days where there were 10 dirhams to the euro it made conversion easy, now 1€ (Euro) is approx. equivalent to 11Dh but some traders still prefer to use the rate of ten to one which means you are slightly overcharged. If your Riad or hotel has only quoted in Euros (many do to make it easier for guests to understand) ask for the price in Dirhams so you can pay in the local currency. Current exchange rates can be checked at http://www.xe.com/ucc

Please remember that the rates provided by xe.com are for wholesale transfers but are generally close to the exact rates of exchange found in Morocco.

Upmarket restaurants, shops and hotels or riads in Morocco usually accept debit cards.  Those that do are most likely to accept Visa or MasterCard however may apply a surcharge to cover the cost of processing your transaction. Amex is not a popular card.

Advise your bank or card issuer that you intend to travel abroad so that no block will be put on the usage of your credit or ATM cards. Notify the issuer and give them a 'phone number where you can be contacted abroad.

Before travelling, ensure you make a note of all credit card numbers and associated contact numbers for card issuers in case of difficulty. The numbers are usually free to call as you can reverse the charges, make it clear to the operator at your hotel, riad etc that you wish the call charge to be reversed. Pre-paid cards, with good exchange rates and low withdrawal fees eg fairFX are becoming a popular option as money is protected if the card gets lost or stolen. These are accepted in Moroccan ATMs anywhere you see the Mastercard logo and in some shops too.

When making payments with a card, for example at a hotel for services, it is vital to memorise the PIN as signatures in many instances are no longer accepted, however certain establishments such as restaurants may still use the old method of signing.

Many people now use a prepaid FairFX or Caxton card. Theses offer good exchange rates, are safe and

ATMs can now be found in abundance in most towns and accept Visa, Maestro, Cirrus etc but these will usually incur charges. You should check with your bank as charges for using ATMs abroad may make exchanging cash a better option.

Popular destinations such as Tangier, Marrakech, Agadir etc have ATM's in large tourist international hotels as well as on all main roads. The medina of Marrakech has in excess of 20 ATMs.

Using a credit card (VISA etc) to obtain money from ATM's is also possible but one must remember that interest is charged from the moment money is dispensed. The normal practice of an interest-free period which applies to purchases, typically over 50 days, made on the card does NOT apply to cash withdrawals. Banks will allow cheques to be cashed but must be supported by a guarantee card.

ATMs generally dispense only 100 and 200 dirham notes so getting change for small everyday purchases like water, taxis etc can be a challenge. At weekends you may have difficulty acquiring cash as machines are sometimes not restocked until the following Monday. Sometimes your card may work in some machines and not others, or may support smaller withdrawals rather than larger ones, and may work at some times and not others. You should ensure you have a backup means of funding your visit. ATMs usually dispense 3000dh or so, but other limits may apply dependent on your bank.

Be prepared for a complete meltdown of ALL the ATMs in Essaouira which may be working fine the following day.

It is advisable not to take travellers cheques as it is very difficult to find a bank that will cash them and although some hotels may still cash these, the commission rates are high and are charged per cheque.

In markets, currency can be referred to in three different ways.  For ten dirhams, a trader may shout:

Prices in local shops (such as small supermarkets) may also not be calculated in Dirham, but in alf franc.